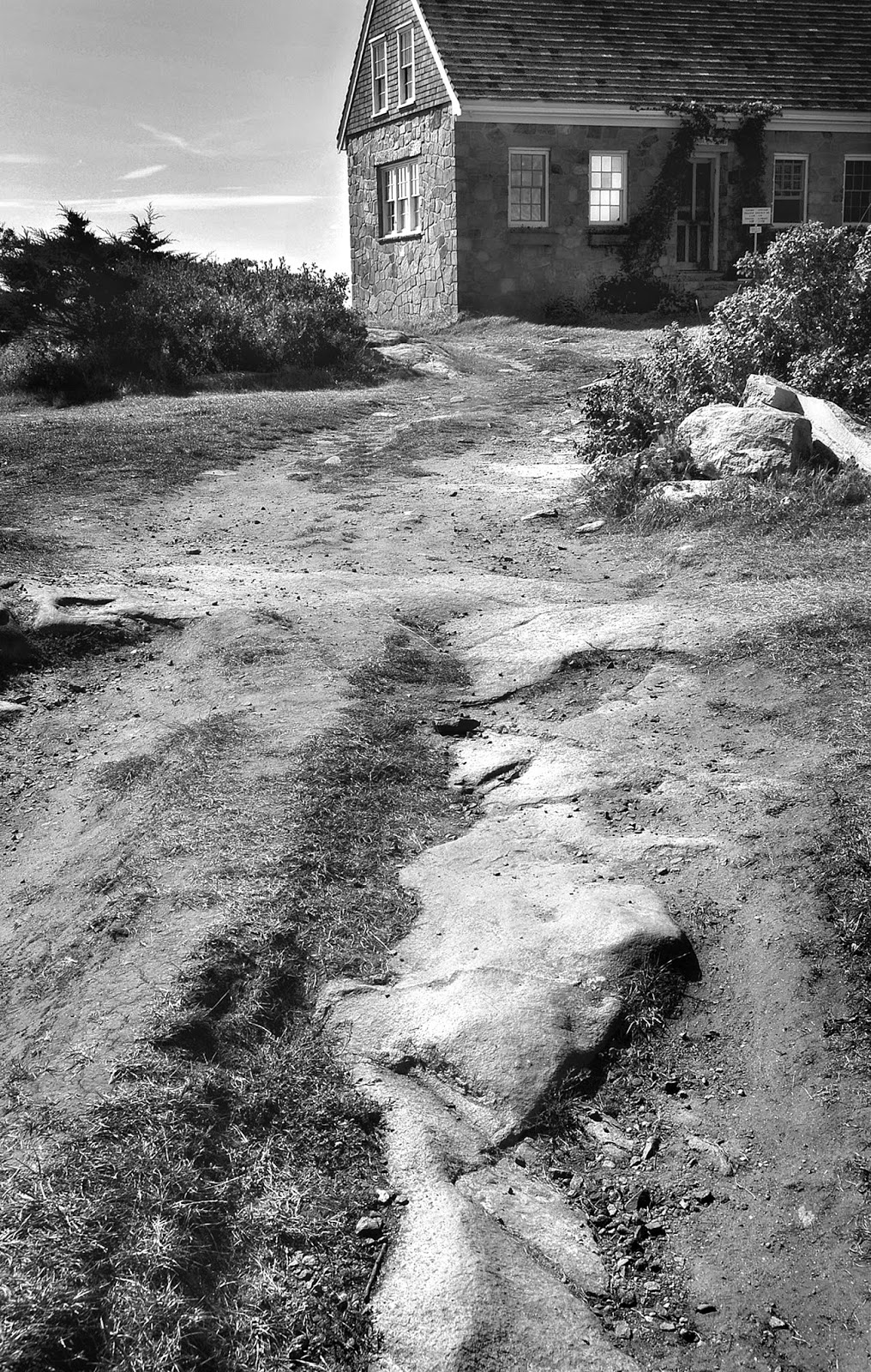 An artist's duty is rather to stay open-minded and in a state where he can receive information and inspiration. You always have to be ready for that little artistic Epiphany.
- Nick Cave

Epiphanies are unexpected.  You think you are going in one direction and then, BANG, you find yourself going in an entirely new one.  That is what happened to me on Star Island.

I hadn't thought seriously about the monochrome image for over a year, since I was out on Monhegan Island in June of 2013.  When I first got to the island I bought Alexandra's de Steigeur's beautiful book, Small Island, Big Picture.  She is the winter caretaker on Star from November through March.  She is also an accomplished photographer who works exclusively in black and white. 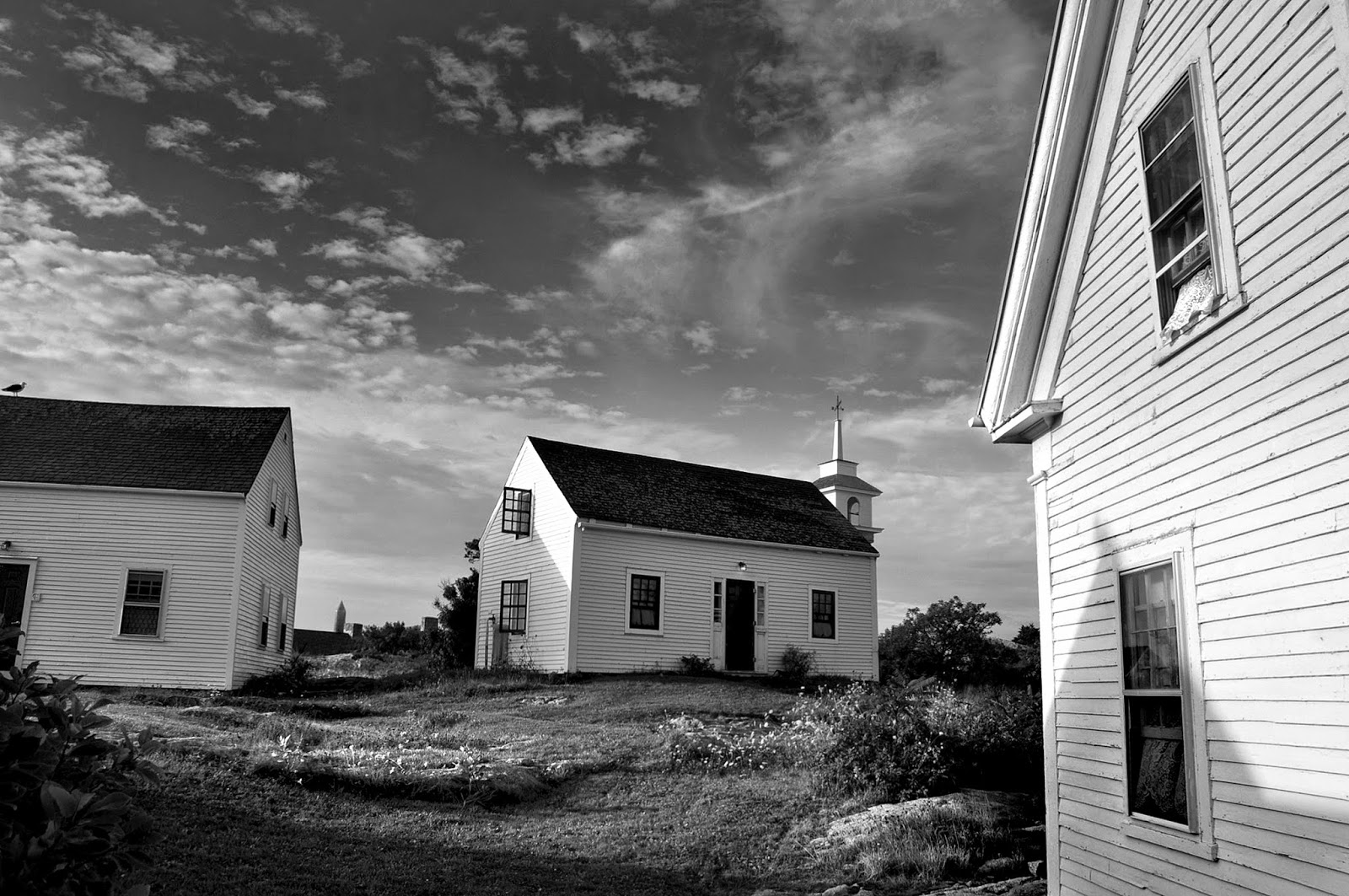 After attending her lecture I was convinced...it was time to re-visit the monochrome image.  The photograph above is my Icon of the Star Island Experience.  I had first worked on it in color but after her lecture I tried it in black and white.

There was the haunting quality that first attracted me to the monochrome image all those years ago.  There are some things you simply can't say with a color image and it is a conversation that I needed to have again.

The second image has many subtle nuances that would be lost in a color version of the scene.  The tiny seagull's shadow on the cottage in the foreground, the white lace curtain blowing out of the window, the early morning light on the grass, all were lost in the original color image.  Only when I desaturated the photograph did these elements pop out for me.

Now, I don't intend to turn my back on color, not at all, but I will work in tandem with the monochrome image now.  Some subjects lend themselves to, no, require the black and white translation.  Below is a link to my album of Star Island monochrome images...

Email ThisBlogThis!Share to TwitterShare to FacebookShare to Pinterest
Labels: a Personal Reflection, An Icon of the Experience