A Few Thoughts on Intention... 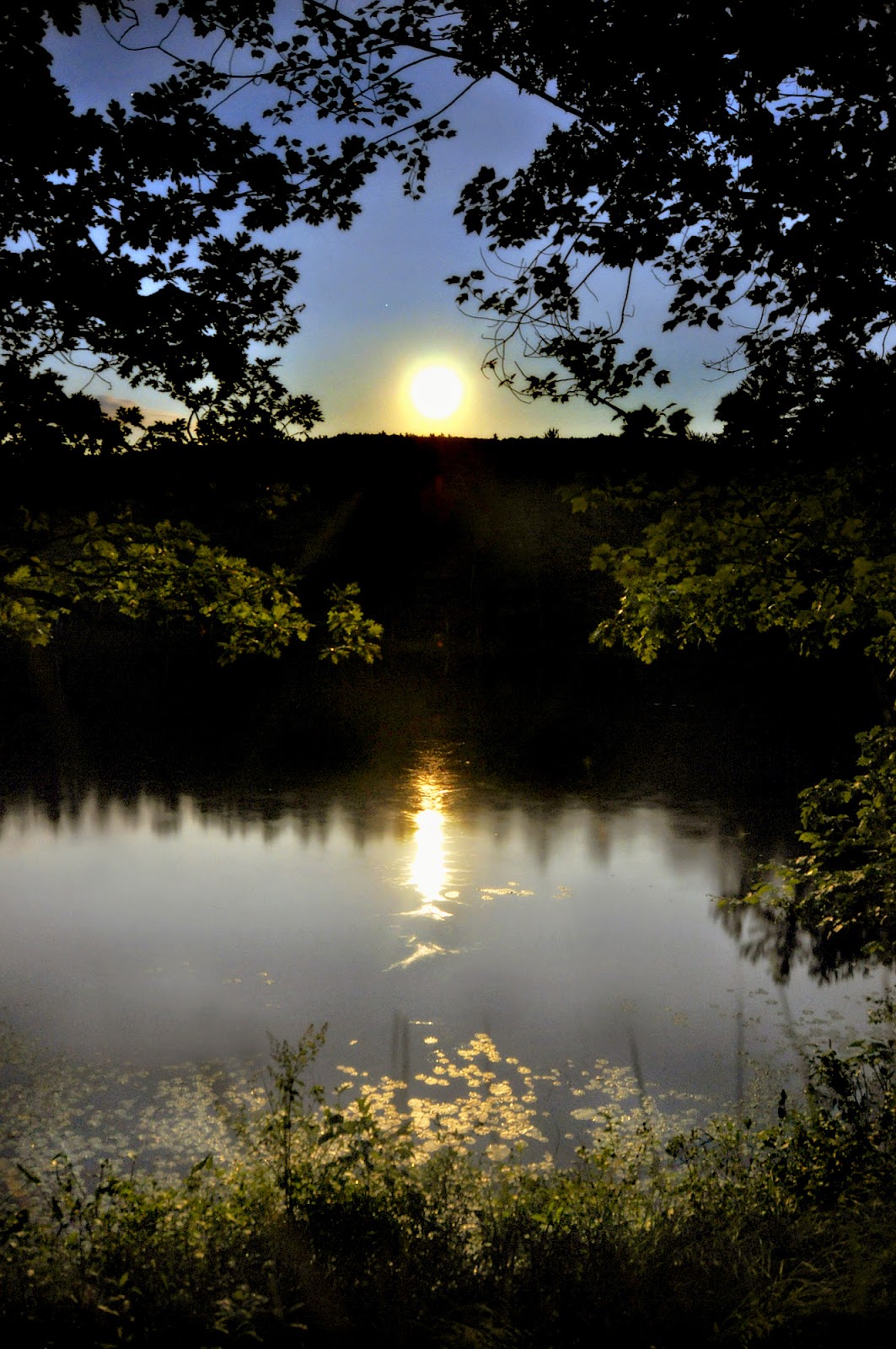 I knew there was to be another Super Moon on August 10th.  I'd gone to see the one in July but it
rose behind the trees.  Besides, I didn't have my tripod with me so my feeble attempt to render the moonrise was a complete failure.

This time I did my homework and dusted off my tripod.  I quickly realized my 200 mm lens would be insufficient to render the lunar detail.  They recommended a 500 mm lens.  Well, I wasn't about to run out and purchase one so I had to think a bit about my intention for photographing the moon at all.

What I decided was that it wasn't the moon itself that interested me.  I could see the spectacular results of those who did have the proper equipment and technical knowledge to render the craters and lunar landscape with incredible detail on the internet.  That wasn't what fascinated me.

What sparked my poetic imagination was the moon's relationship and interaction with the pond.  That was what I wanted to photograph...the light on the water and the lily pads, the soft glow as it broke over the hill.  I wanted the evocative feeling of the experience not a scientific rendering of the lunar surface.

I have never claimed to be a technical perfectionist when it comes to my digital photography.  Frankly, reading the technical issues involved with photographing the moon made my eyes cross.  I figured out what I needed to do to make this image and it satisfied me immensely.  This time, the moon rose over the hill but there was only a few minutes in which everything came together and I was able to make a photograph that captured my emotion while I sat on the shore witnessing this beautiful event.  It soon rose too high and was again obscured by the tree branches and the light on the water changed and the lily pads sunk into shadow.

One has to be clear about one's intentions otherwise one will surely be disappointed.  My trial run the night before showed me what I needed to do to make an image that would work for my Poetry of Place project.  I worked with what I had and it was enough...it always is if you understand yourself and your intentions.

Tonight is the last "Super Moon" of the year.  Although not as large as August's moon, it still is worth venturing out to see with or without a camera.