Living in the Border World... 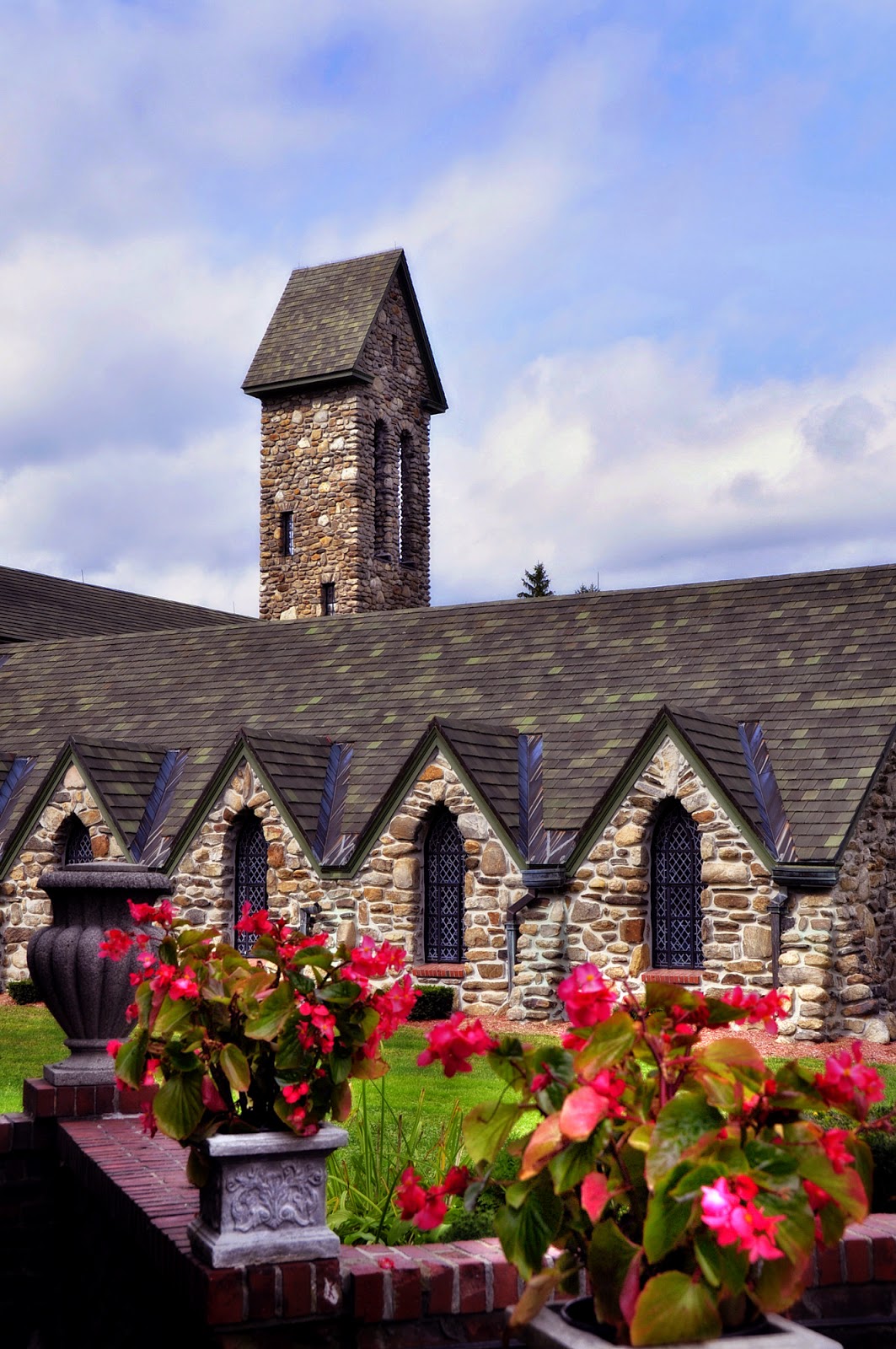 The monks at St. Joseph Abbey live in a kind of border world between the sacred and the worldly.  They have chosen a life that tries to walk the difficult line of being of this world but not in it.  Retreatents are given a small glimpse of this border world.

The Trappist order is a cloistered order and the monks never venture outside the monastery except for medical reasons. It is a lifestyle that is hard to fathom for most of us but it certainly has it appeal.  They live a completely stress-free existence and we could all do with a bit less stress in our lives.  That is one of the reasons I stay in monasteries whenever I can.

For the vast majority of the world, these brief respites are just that, brief.  At some point we have to return to the "real world" and deal with it all.  I found a breadcrumb that I've mulled over quite a bit since my return. 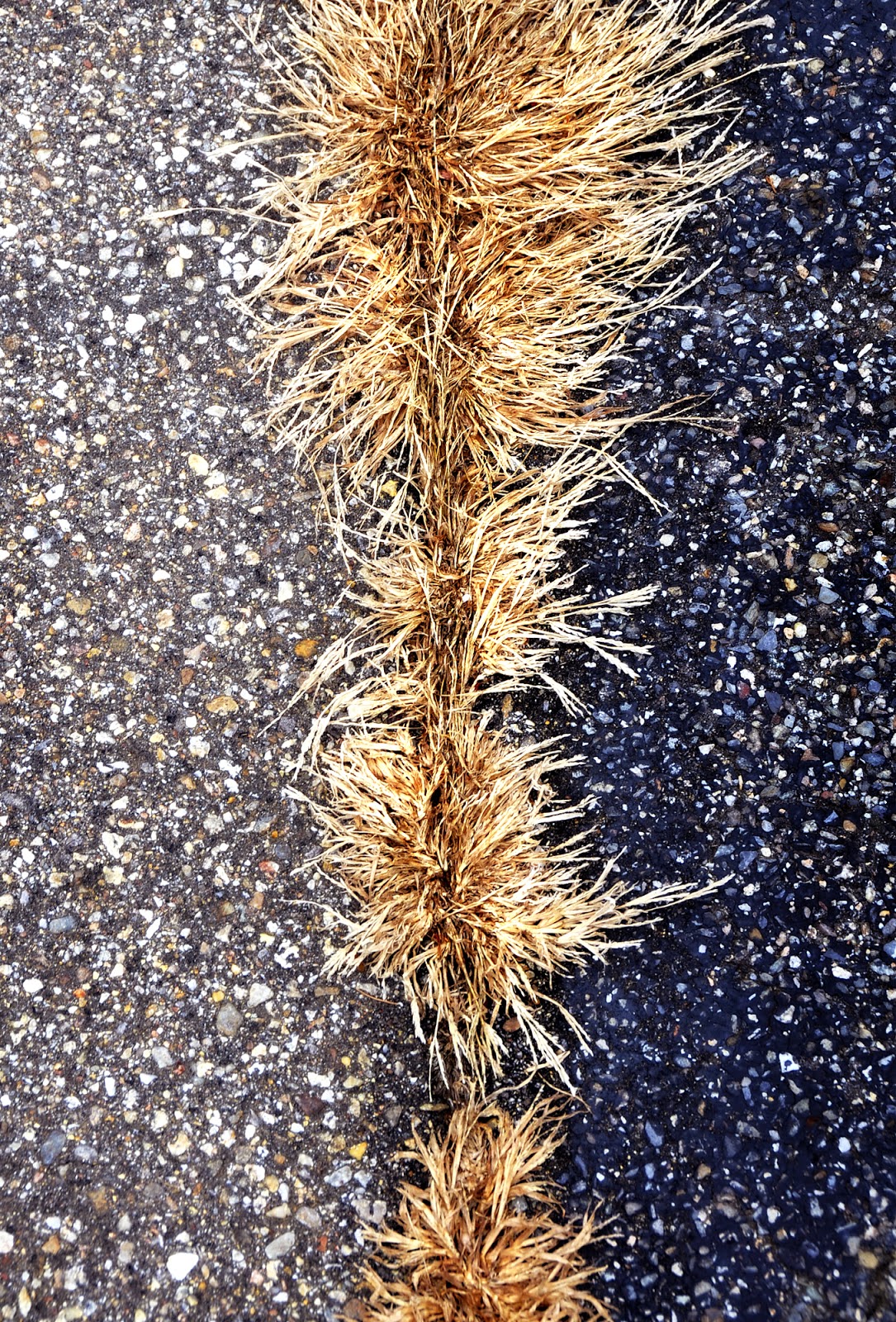 It wasn't so much the dried grass that filled the crack in the sidewalk but that it seemed to separate the old, faded asphalt from the newer, dark section...a border world in miniature.

I'd walked on this sidewalk several times already but this time it caught my attention and made me stop and look at it.  That is the real definition of a "breadcrumb" for me.  It is an image that makes you put the brakes on...an image that interrupts your day and says, "Hey...you who are in such a hurry.  Stop and look at me!  I have something to tell you!"

The grass was soft looking and inviting...Nature bridging the gap between the old and new...blunting the hard surfaces with its appealing texture.  The asphalt was hot in the sun but the grass was many degrees cooler.  It seemed a good place to be.

The monks, here at St. Joseph, live in this kind of world, this border place, and for a short time I did too.  Then it occurred to me that living in a "border world" is a choice I could make.  I could partake of both, the dark and the light, and rest serenely in between.  It is my choice, it has always been my choice.

The monks acquire this land in 1950 and moved their monastery here when the one they were living in in Rhode Island was destroyed by a devastating fire.  They built it entirely with their own hands using the native field stone they found all over the property, mainly in stone walls that criss-crossed the landscape.

In a video presentation I watched about the history of the abbey, I learned that the monks designed the buildings and built the entire monastery in less than two years. It was a finely crafted and beautifully designed group of buildings and I was extremely impressed.

In a way, this place reminded me of the Shaker Villages I have visited and that also represented an attempt to create a "heaven on earth".  The monks have succeeded admirably, I think.  To a much less extent, that is what I am trying to do with my garden...gardens are my idea of heaven on earth.