The Serenity of Fog... 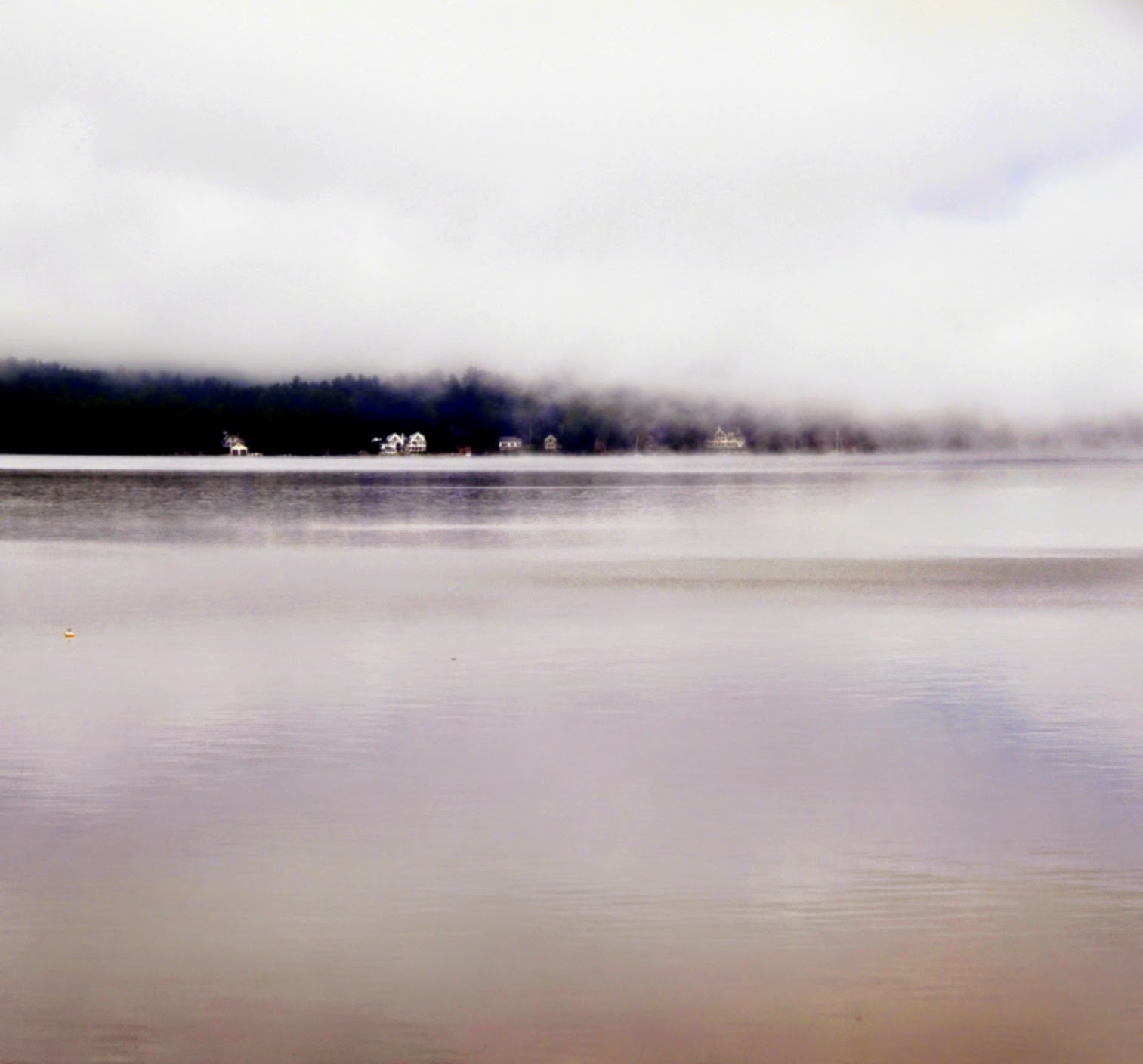 The lake was enveloped in a rolling fog bank.  It soften the landscape and imbued the water with lovely tints of blue and mauve.  I love fog.


The fog is an illusion—
A master of disguise,
Which hides the tangible
Before our very eyes.
- Walterrean Salley
Fog softens sounds as well, like snowfall does.  Before the lake awoke this particular morning, the landscape was hushed, wrapped in a cloak of silence and serenity.  A half hour later it vanished and the landscape came to life but for these tranquil few minutes, the world was at peace. 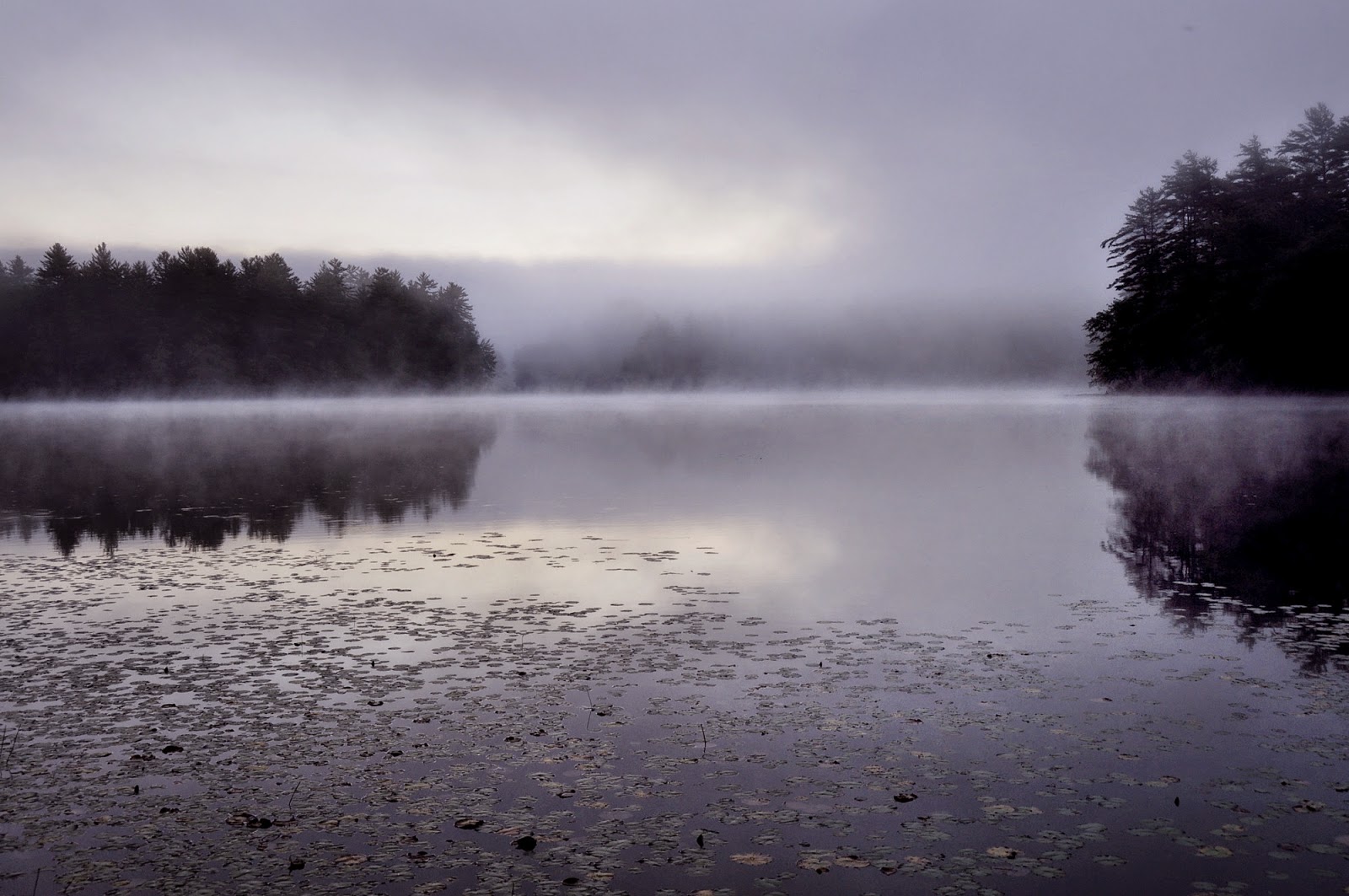 In the Autumn in New England, we often awaken to fog.  The air is chilling but the land and water are still warm.  I experienced this lovely effect at "my" pond recently.  Even though the sun was shinning in my yard, less than a mile from the pond, here everything was enveloped in mist.  The sun was trying to break through but a moment later the distant shore disappeared entirely only to re- appear a few minutes later. 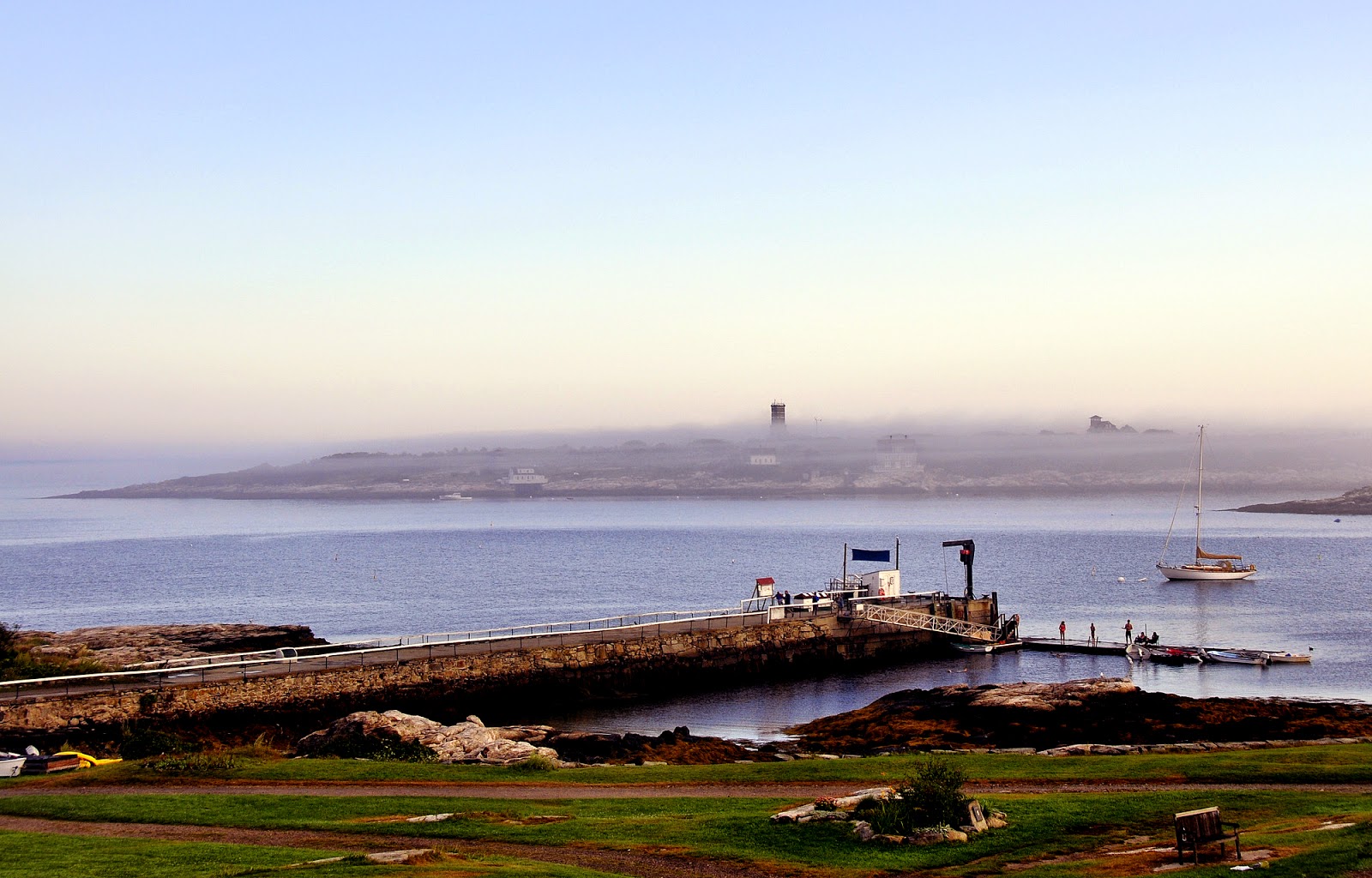 I noticed the same raising and lowering of the veil out on Star Island where the Atlantic fog bank alternately revealed and concealed adjacent Appledore Island.

Seaside or pond-side, the effect is always similar. There is a purple tinge to the air caused by the water droplets in the fog and always an enveloping silence.When you are by the sea you can almost taste the salt in the misty air.

My poetic soul loves the metaphor of fog as well.  We see and then we don't see...things appear and disappear as if by magic.  There is a message here...


Sometimes we need the fog to remind ourselves
that all of life is not black and white.
- Jonathan Lockwood Huie

Thank you, Kim. I don't think I fully grasped the metaphoric possibilities of fog until the experience on Star Island.