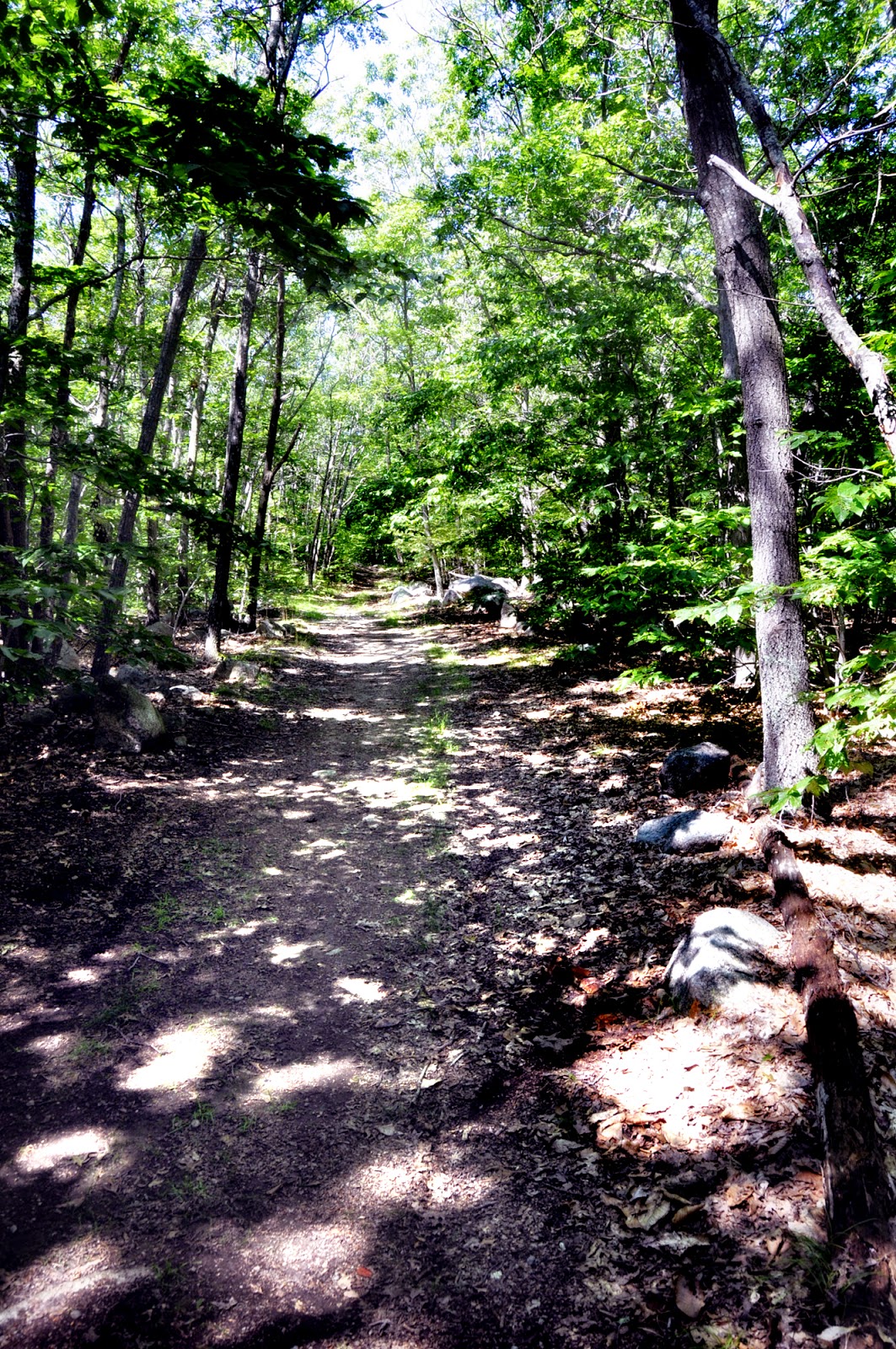 ...as with sacred places, so with the murderous spots. The record of events is written into the earth.
- Henry Miller
The Colossus of Maroussi

The last time I was in Dogtown, on Cape Ann in Massachusetts, was in 1974.  I was a freshman at university and my photography teacher had taken us on a field trip that autumn to walk the wilderness trails of Dogtown.  It was the first landscape I had been in that had a powerful energy and sense of place.  Forty years later, it is the kind of landscape that I fervently seek out.

I really hadn't thought of it for decades until a serendipitous occurrence brought it flooding back. I'd asked a friend to give me any unwanted magazines for my SoulCollage® work. One of the ones she gave me was a copy of the Cape Ann magazine which featured an article on Dogtown.  That's all I needed.

I knew she and her husband had lived on Cape Ann before coming to Maine so I asked them if they would like to visit the famous, or perhaps infamous would be a better description, landscape.  They said their friends, the ones who had given them the magazine in the first place, would welcome us to stay with them so we were all set. 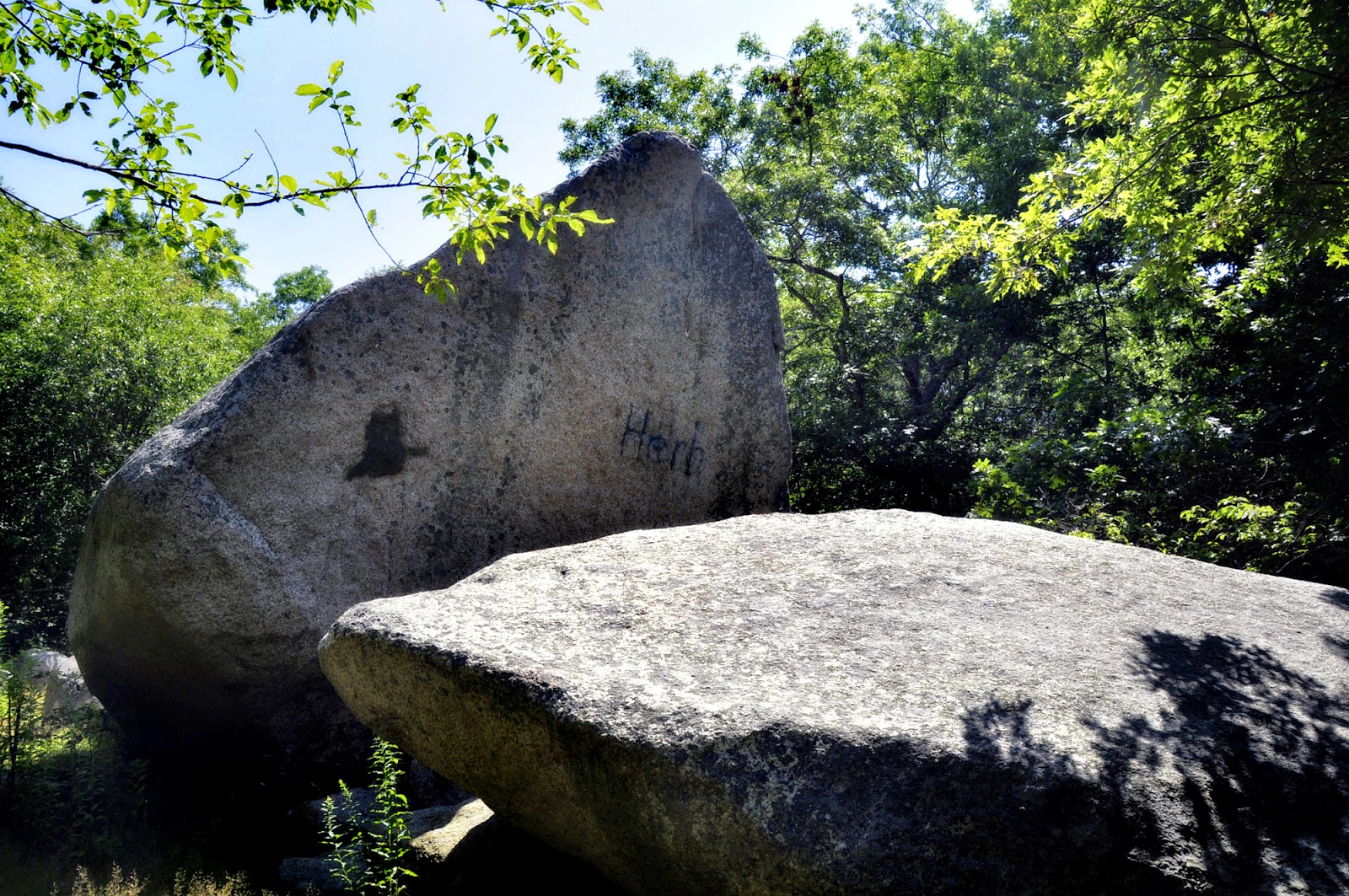 The area is about 3,600 acre's so we knew we couldn't see it all on our brief visit so we chose two parts.  The first was a walk to the Whales' Jaw formation...one of the ones I had visited forty years before on my field trip.  It had, sadly, been inadvertently destroyed by some people building a fire under the big stone, heating it up to such a degree that it cracked and broke away.  Now it is a sorry sight, covered in even more graffiti and surrounded by cast away beer cans, not an auspicious start to our outing.

I wish I still had my photographs from that field trip in 1974 but they too, like the whale jaw, have disappeared.  It was time to make new memories, as well as new photographs, so we didn't tarry very long at the broken jaw.

Dogtown is a mysterious and haunted location, one that you are advised not to hike in alone  It was the location of a horrific tragedy just ten years after my visit which has added to it's tarnished reputation.

A fascinating book, Death and Enchantment in a New England Ghost Town: Dogtown, written by Elyssa East, will give you the complete story. In my next post I will tell you about my own minor adventure in this fascinating place. I had returned to Dogtown by a series of interesting coincidences which simply said to me that I was meant to return.