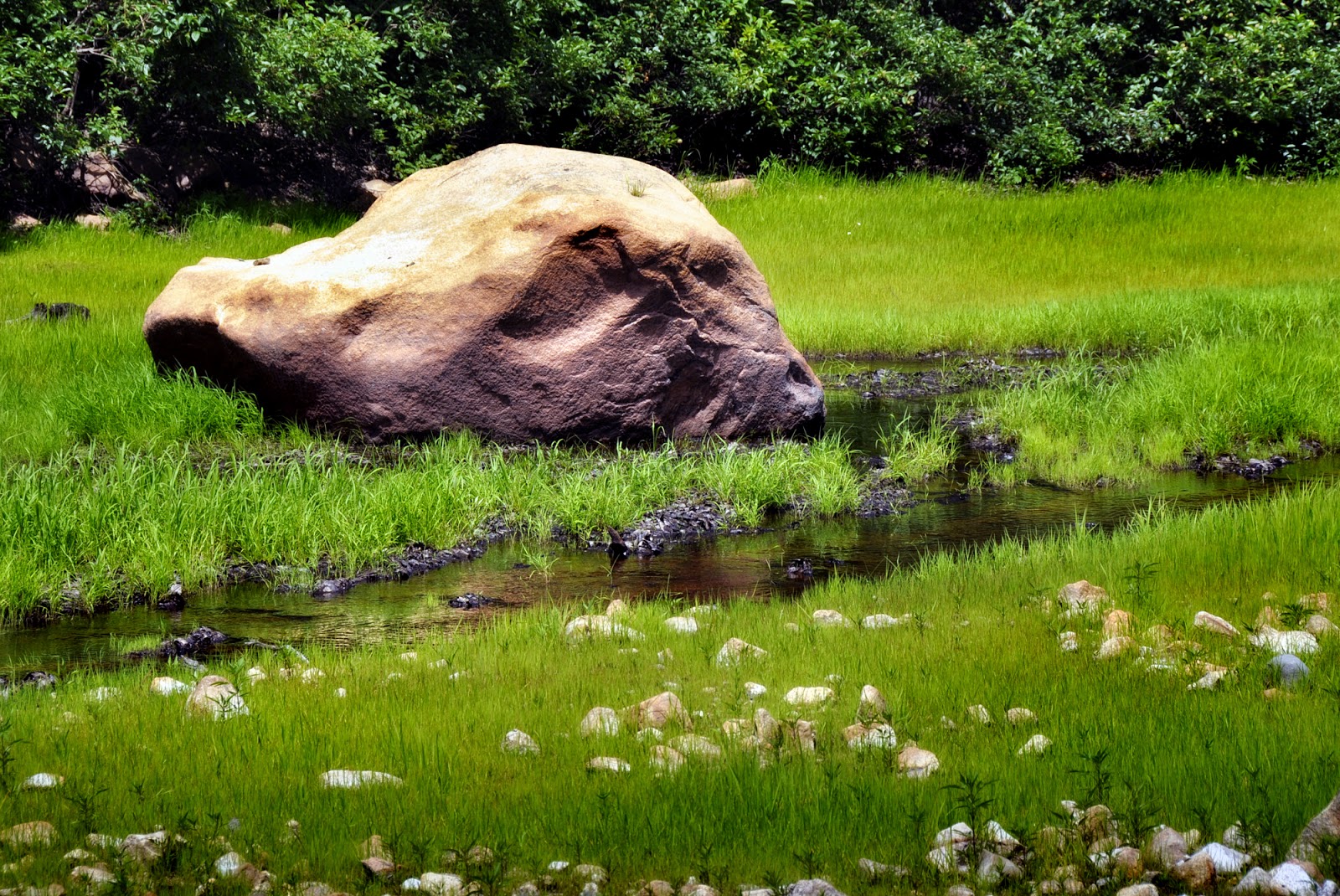 Henry David Thoreau wrote in his journal on September 23, 1858 of Dogtown,


It's "hills strewn with boulders, as if they had rained down, on every side..."

That is a very apt description of this wilderness area...everywhere there are stones of immense size scattered randomly through the landscape. This is what we had come to see. 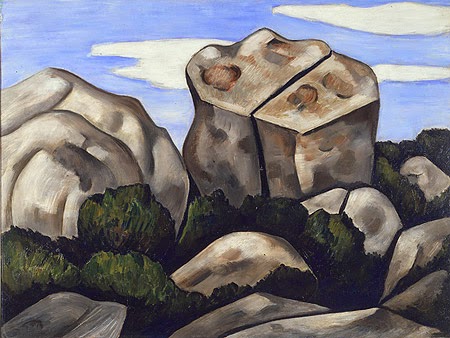 Seventy three years after Thoreau's visit, Marsden Hartley came and painted those same rocks, fascinated by their form and intensity of presence.  Just three years after Hartley's work in Dogtown, another man came to leave his mark, quite literally, on the self same stones.

Roger W. Babson hired out-of-work stonemasons during the 1930's to carve many of Dogtown's largest boulders with mottoes.  After visiting the site of the now broken Whale Jaw formation, we set out to locate some of these motto stones.  It wouldn't be as easy as we had thought. 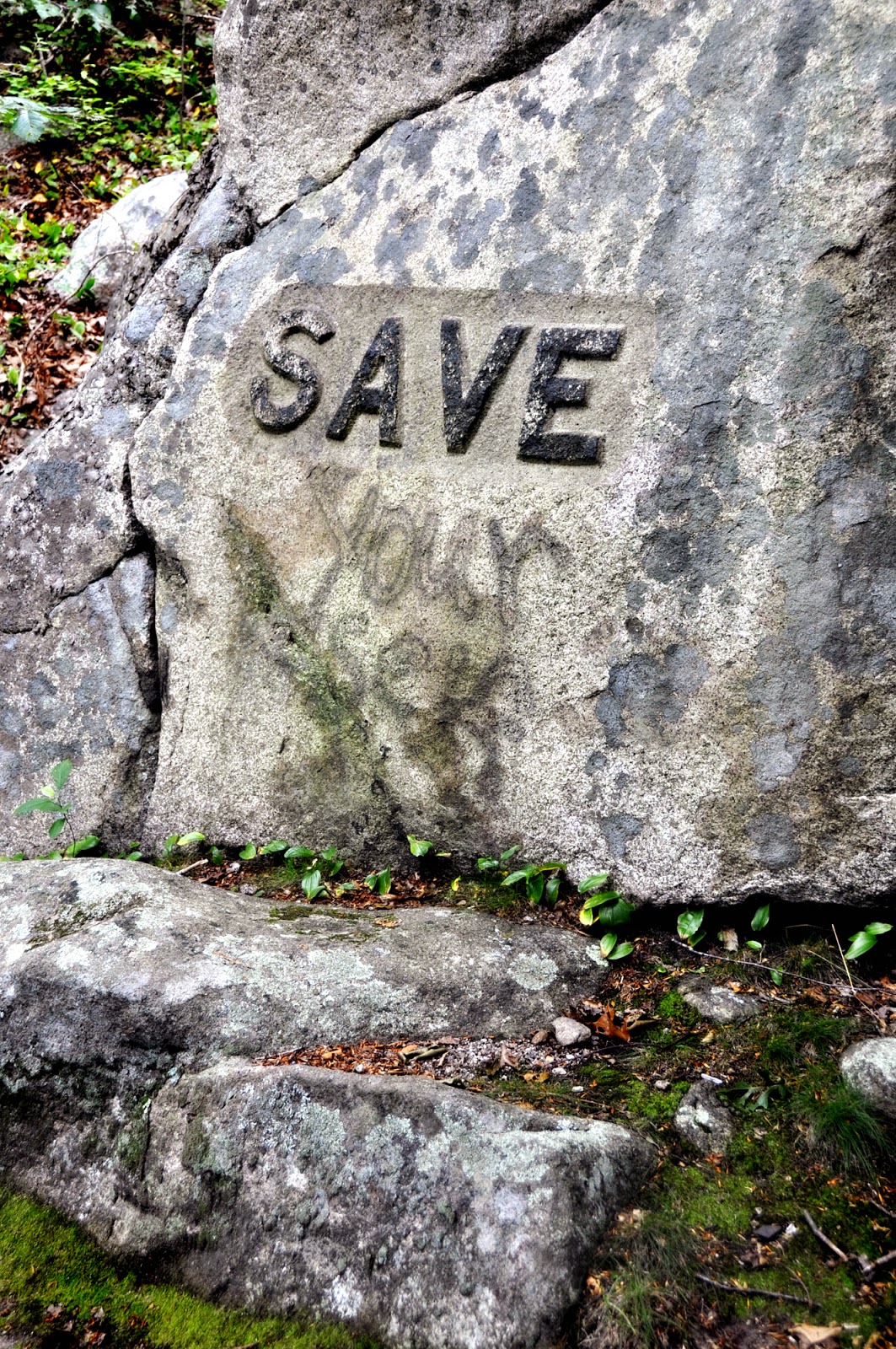 I'd left our map in the car.  It wasn't that good anyway but it may have helped us avoid a two hour hike that took us up and down hills, along the railroad tracks and right back to where we had begun with no sighting of the famous boulders.  We were hot, sweaty and discouraged.

On our way back to the road and our cars, we tried one more turning and there, just a few hundred feet off the trail we had hiked in on two hours before, were three of the stones!

Perhaps Mr. Babson was having a bit of fun with us or, more likely, we were able to see the lovely landscape above, along with many other sites just because we got "lost".

I've often said that some of the best things I've seen in my travels were discovered when I'd gotten side-tracked from my original destination...today was no different.

We were only able to see three of the twenty four Babson Boulders and vowed to return in cooler weather to see the others.  If you would like to see what they look like, you can visit the link below but if you are able, make your own trip to Dogtown.  You might want to bring along a map or just let your internal GPS lead you along, either way, you won't be disappointed.