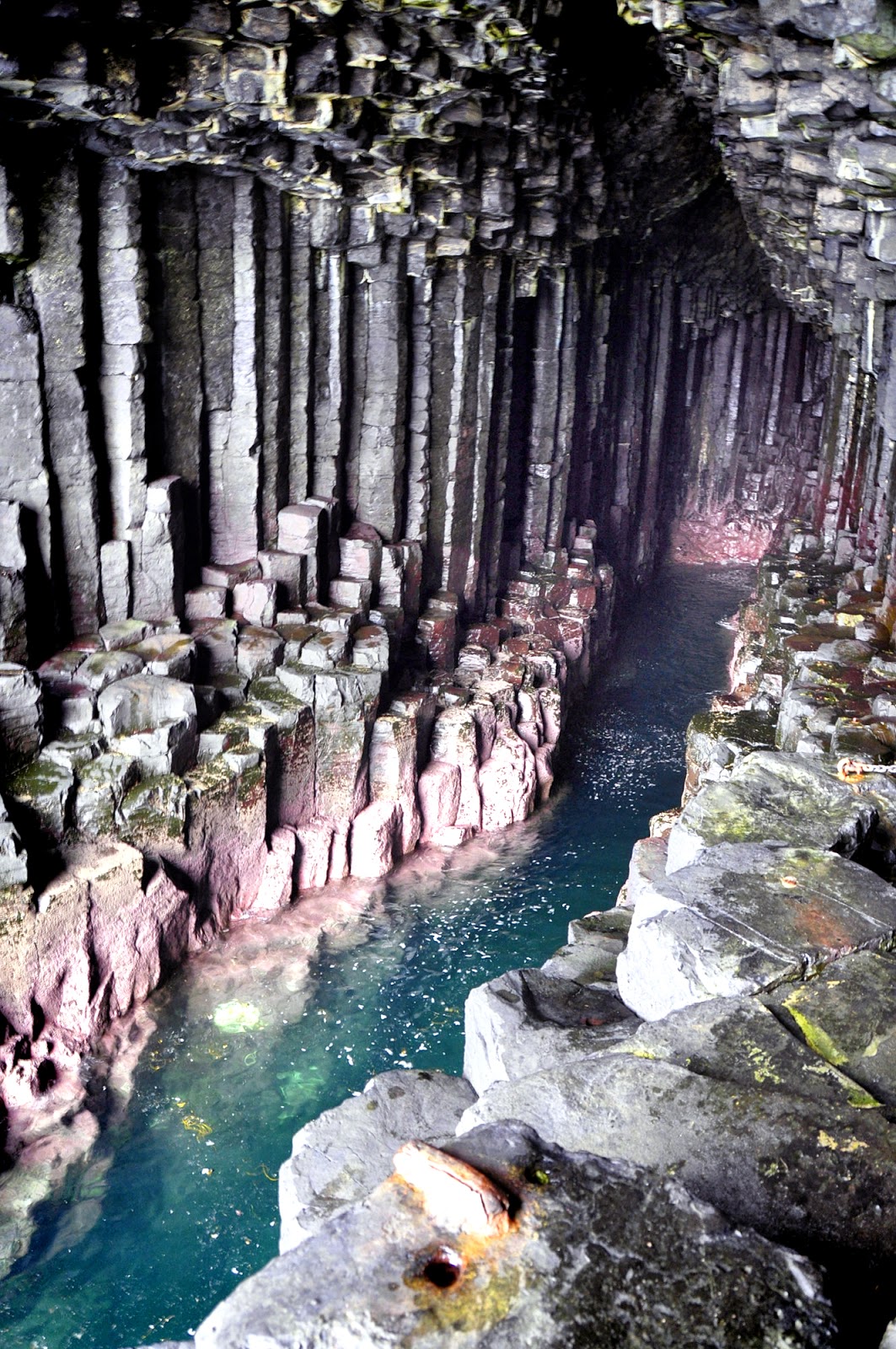 An Uamh Binn (Musical Cave) or, as it is more commonly known, Fingal's Cave, has enthralled and inspired travelers for hundreds of years.  Staffa is an hour's boat trip from Iona and well worth the time.


Compared to this what are the cathedrals and palaces built by men! Mere models or playthings, imitations as his works will always be compared to those of nature.
- Joseph Banks, 1772

As I wrote in yesterday's post, life is a series of choices. When I arrived I had to choose between seeing the puffins and the cave. I chose the cave. I can see puffins off the coast of Maine. 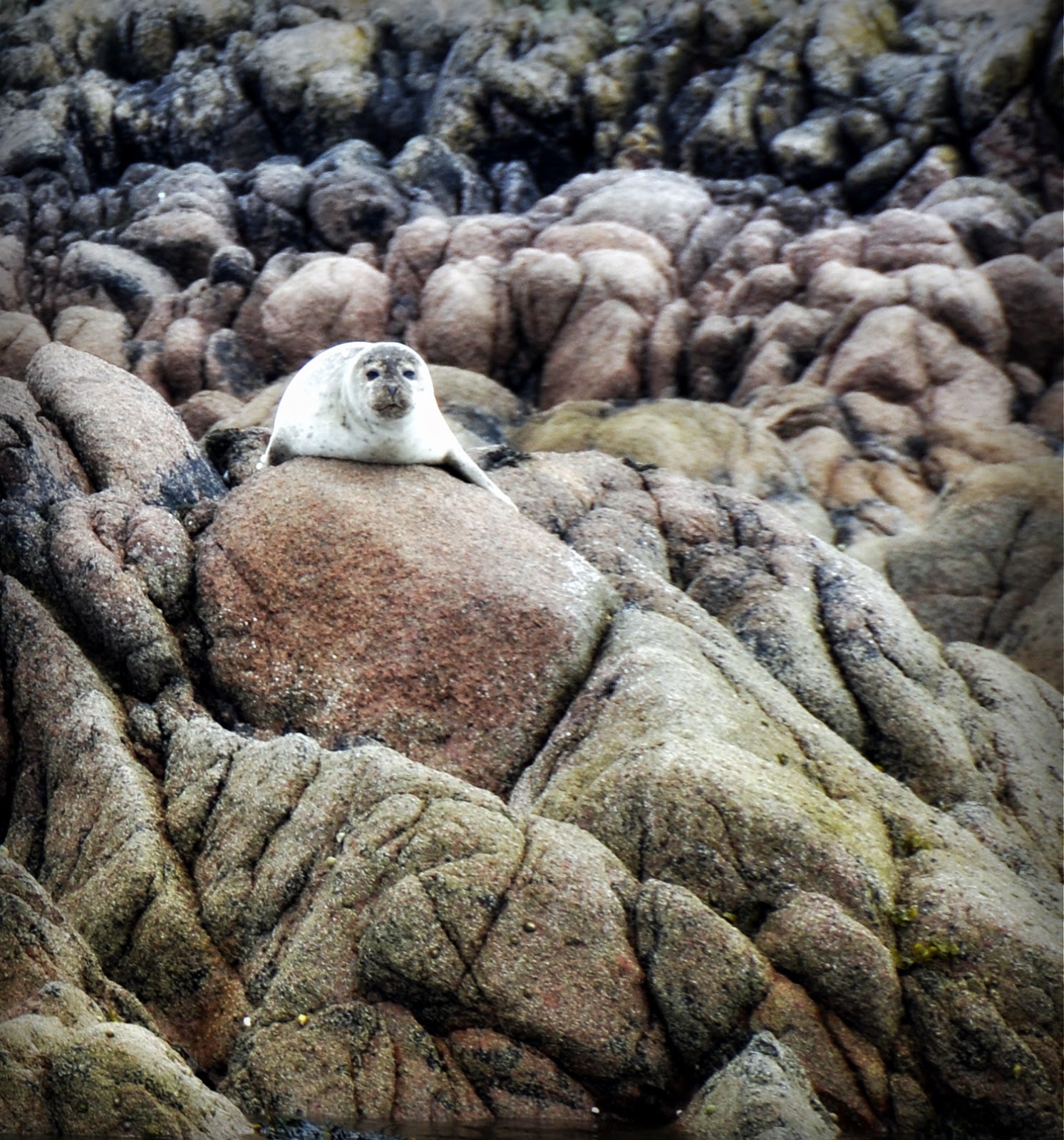 I was enchanted by the seals I saw on the way to the caves so I was quite content with my choice.  I was lucky to have the cave to myself and the acoustics were amazing. The sound of the sea was truly magical. You could almost feel the pull of the energy within the cave as the sea breathed in and out.

It so inspired Felix Mendelssohn that he wrote the Hebrides overture (Fingal's Cave) after his visit to the island in 1829.  You can listen to the overture here.   After being in the cave, I can see the influence of it when I listened again to the music.

I felt a real connection between the abbey and this cave...one sculpted by the hand of man, one by the hand of God.  Both are awe inspiring to say the least...both sacred spaces.

Oh my goodness! What a magical cave indeed! Lovely photo...

Yes, it was like nothing I'd ever seen before! Awe inspiring really and the acoustics...beyond description.