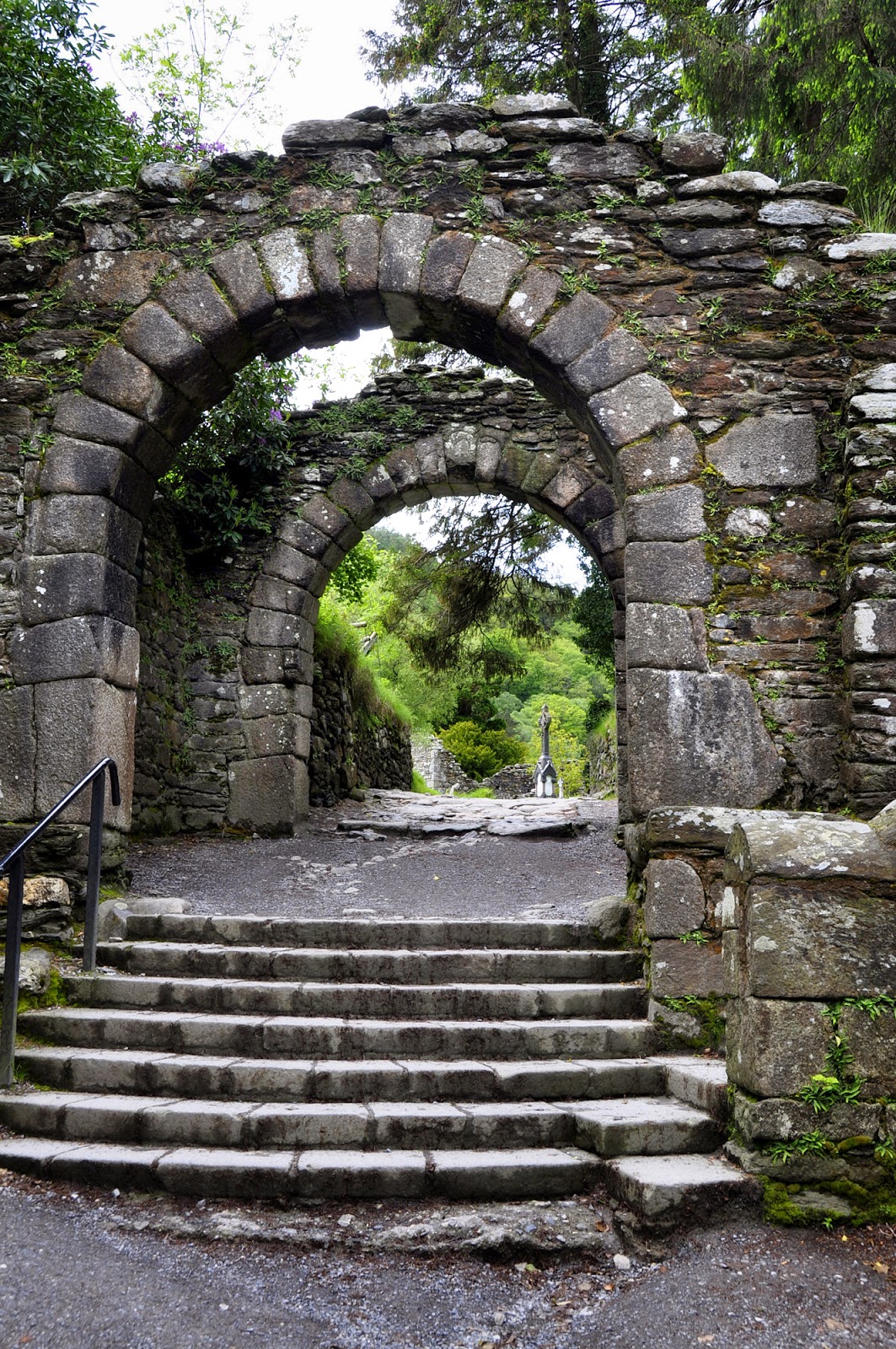 I spent a pleasant couple of hours walking through the ancient monastic city founded by St. Kevin in the 6th century.  Glendalough is to Ireland what Iona is to Scotland, a place of deep spiritual richness and pilgrimage.

This is the gateway to the monastic enclosure.  It is a totally unique example of a double threshold.  It would have had a second story that probably housed the gatekeeper.  Just inside the second arch is large cross incised in the stone wall.  Those seeking sanctuary would lay their hand on it and would be given refuge.

This was an ancient law that, until fairly recently I believe, was inviolate.  No one, no matter how horrific their crime, could be touched by the authorities if they claimed sanctuary in a church or holy place; at least for 40 days at any rate.

This idea added a new twist to my thoughts on thresholds.  That one could seek and secure sanctuary by simply crossing over and through a threshold.  It gives one a feeling of security to imagine such a state.  Sanctuary is a very powerful word. 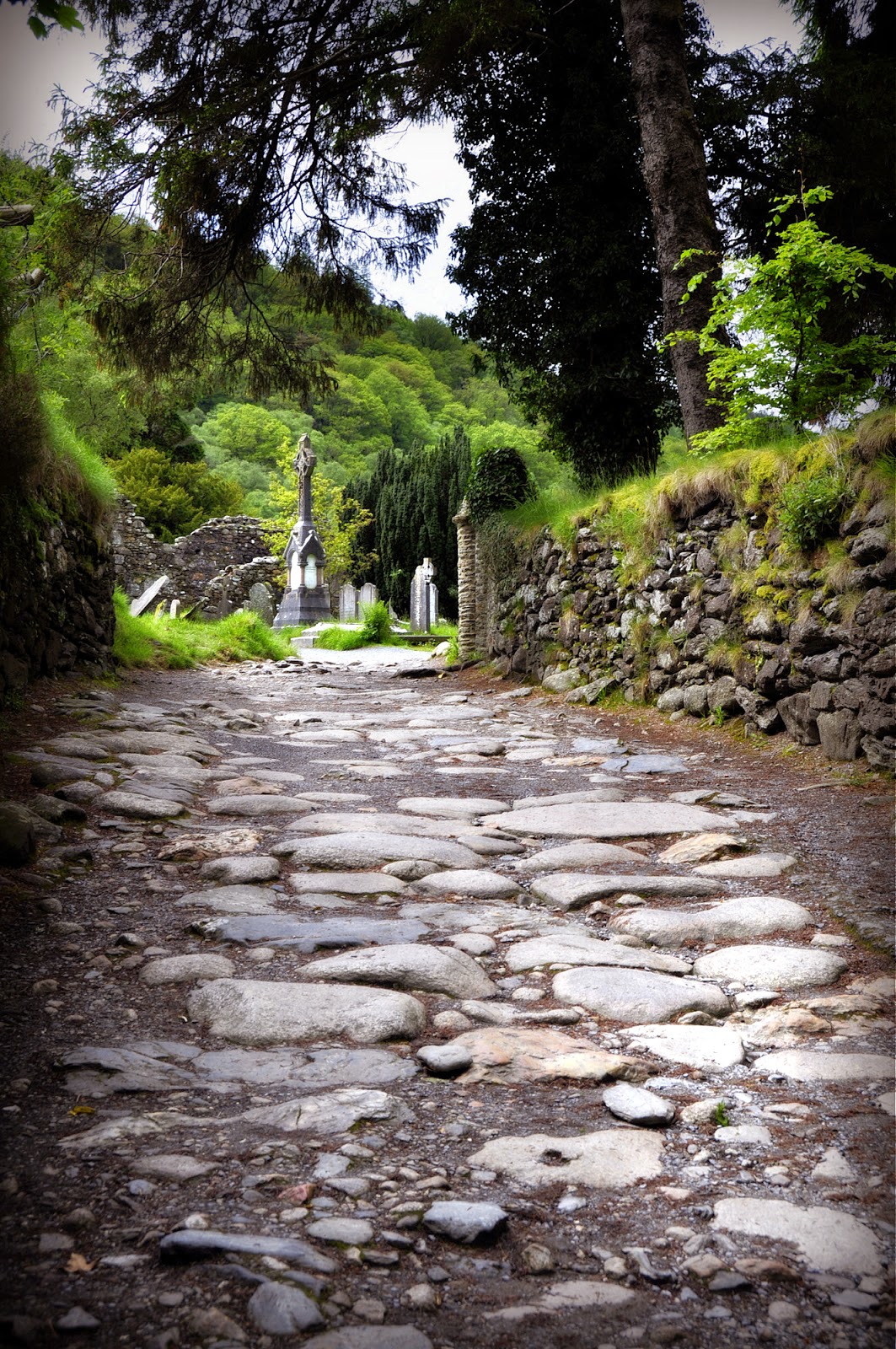 This is the paved walk way leading from the gateway into the inner enclave of the monastery.   The stones were nearly polished smooth from the thousands upon thousands of feet that have walked over them these last 1,400 years.

But unlike our modern notion of monastic life, this was a bustling community of families.  The Roman rule had not been imposed and many of the monks would have been married.  Secular and sacred lives were blended in this monastic city.  One can’t help but wonder what the modern church would look like today if it had followed a Celtic rather than a Roman path.

Tomorrow I will give you some more images of this breathtaking landscape.  I can see why St. Kevin chose it to establish his monastery and why it continues to draw thousands of pilgrims each  year. 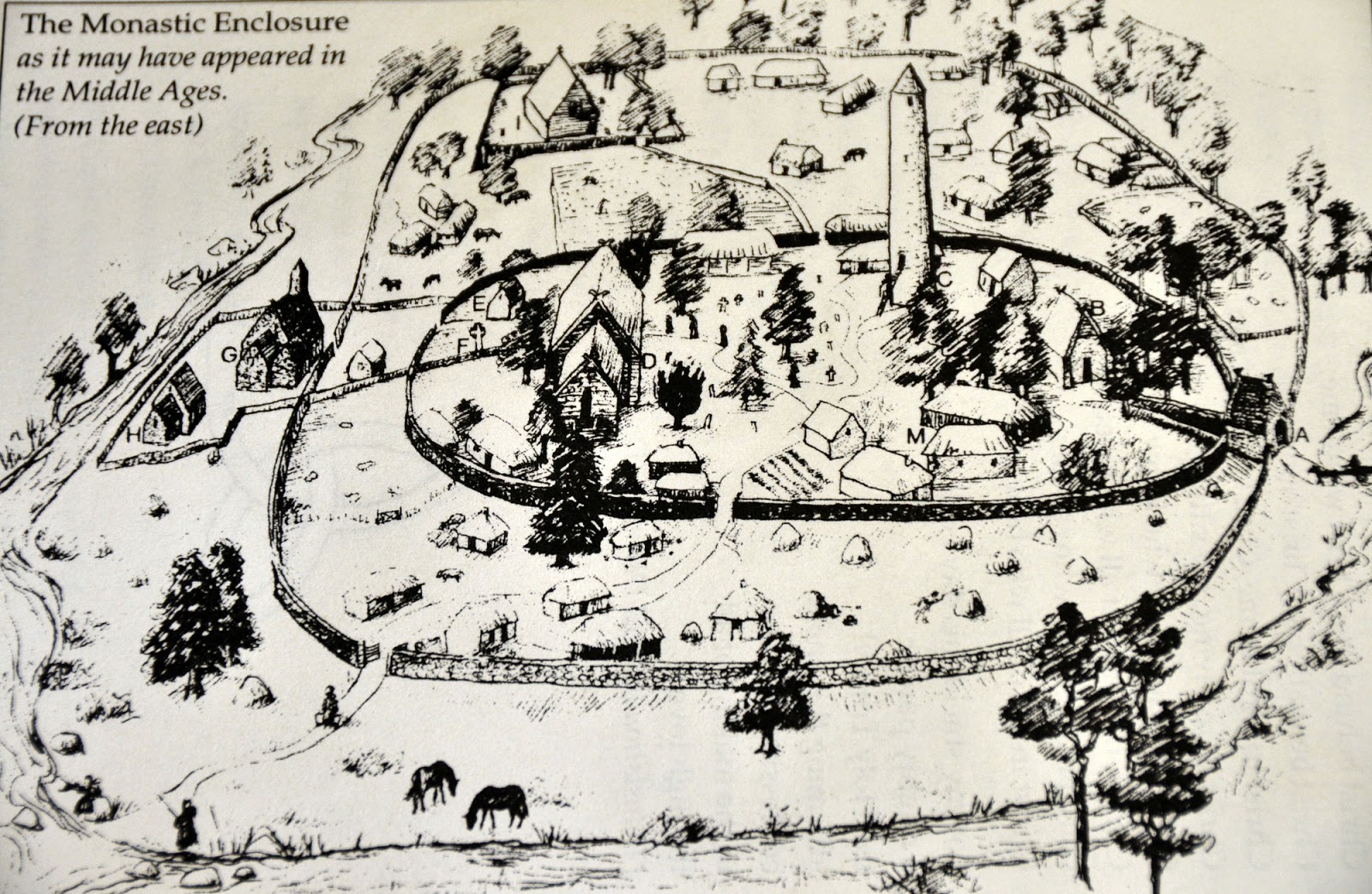 This is an idea of what the medieval monastic city might have looked like.  The gatehouse is on the right side linking the pilgrim's road with the inner enclosure.

Email ThisBlogThis!Share to TwitterShare to FacebookShare to Pinterest
Labels: My Threshold Pilgrimage