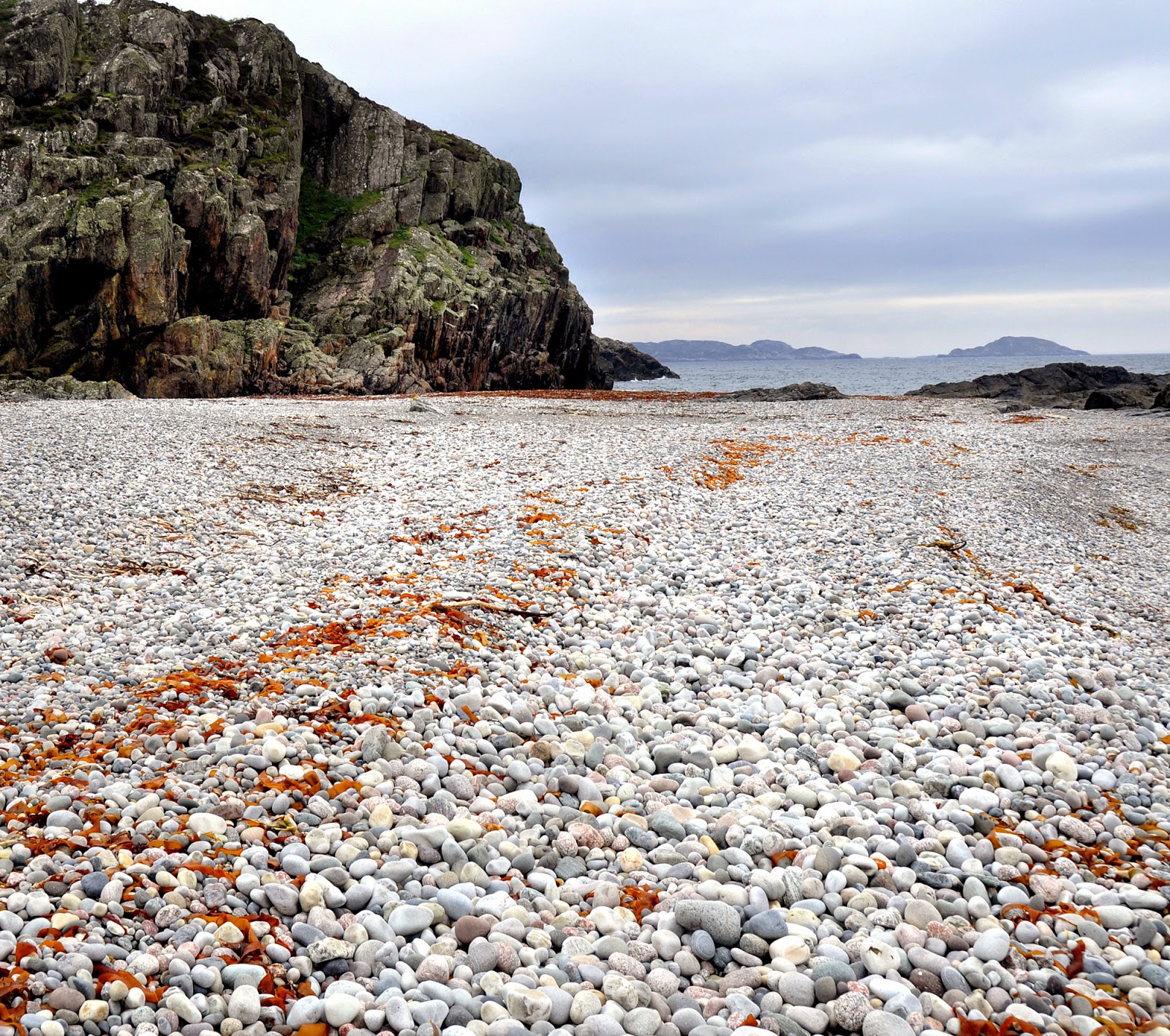 It was an arduous trek, out to St. Columba's Bay on Iona, but I was bound and determined to make it. I was still not feeling 100% but I wasn't going to let that stop me.  I had to do the ritual I had read so much about.  After all, part of this pilgrimage was to let go of past hurt and anger and this ritual does just that. It was a threshold I was eager to cross.

Legend has it that this is the spot where Columba first set foot on Iona with his twelve monks on the day of Pentecost,563.  Port a'Churaich (the harbor of the curragh) is steeped in legend.   The colorful stones reminded me of the stone beach on Campobello I visited last September...another beach of metaphors. 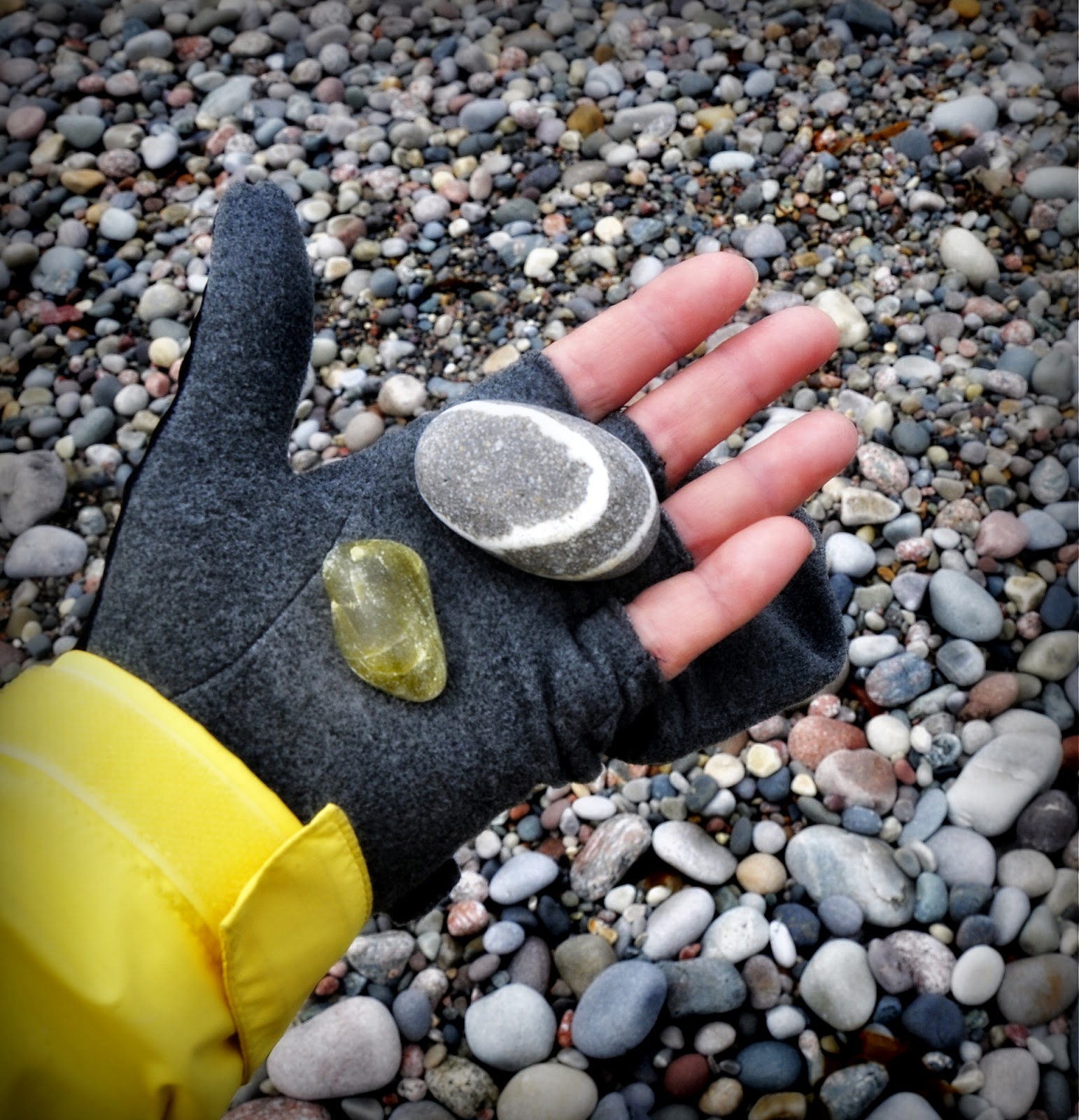 I gathered two stones, the grey on with the two white rings was my wishing stone.  The small green one is called St. Columba's "tears" and is much sought after.  It is the green Iona marble that sailors on the island carry in their pockets for good luck.

After focusing all my thoughts on things I wanted to be released from, I threw the grey stone as far out into the sea as I could.  The green one will travel home with me.  I could use a little good luck right now!

I found a wild goose feather on the island the day before my trek to St. Columba's Bay.  The wild goose is a symbol of the holy spirit here on Iona and I couldn't help but think about St. Hildegard's admonition to travel like a feather on the breath of God.  I found a feather at Campobello too...a lovely connection.  Weary as I was from the trek to the bay, I felt a lightening of the heart as well.  It seemed I passed into a new way of being if only temporarily.  That is what these rituals are meant to do.  They give us a physical acknowledgement, an acting out of an intention.

One thing I decided to do here on Iona was to write a note to myself and mail it off so it will be there when I arrive home.  I wanted to remind myself of the serenity I found on this island.  I plan to do this a couple of more times before I head back to the states on June 8.

Patricia, I just want to take a moment to tell you thank you for your writing and photography. I am just beginning a journey of transition myself, and your writings have been thought provoking. I am sending all good wishes and kind thoughts your way for your journey.

Thank you for your kind words Carolyn. It comes at a time when I am in need of such thoughts. I sometimes wonder if my musings are of benefit to others. Thank you for taking the time to let me know.

Have no worries, Patricia. The people who most need to hear your wisdom are hearing it. Interestingly, I've been reading your blog for a while now, but felt compelled suddenly to send you a note. So, on some level, it goes both ways. Safe journey!

You are so right Carolyn. I've always found that we receive what we need when we need it...images as well as thoughts!

It's so interesting to read of your thresholds. I love this idea of stepping over - it seems like a way of expanding our horizons.