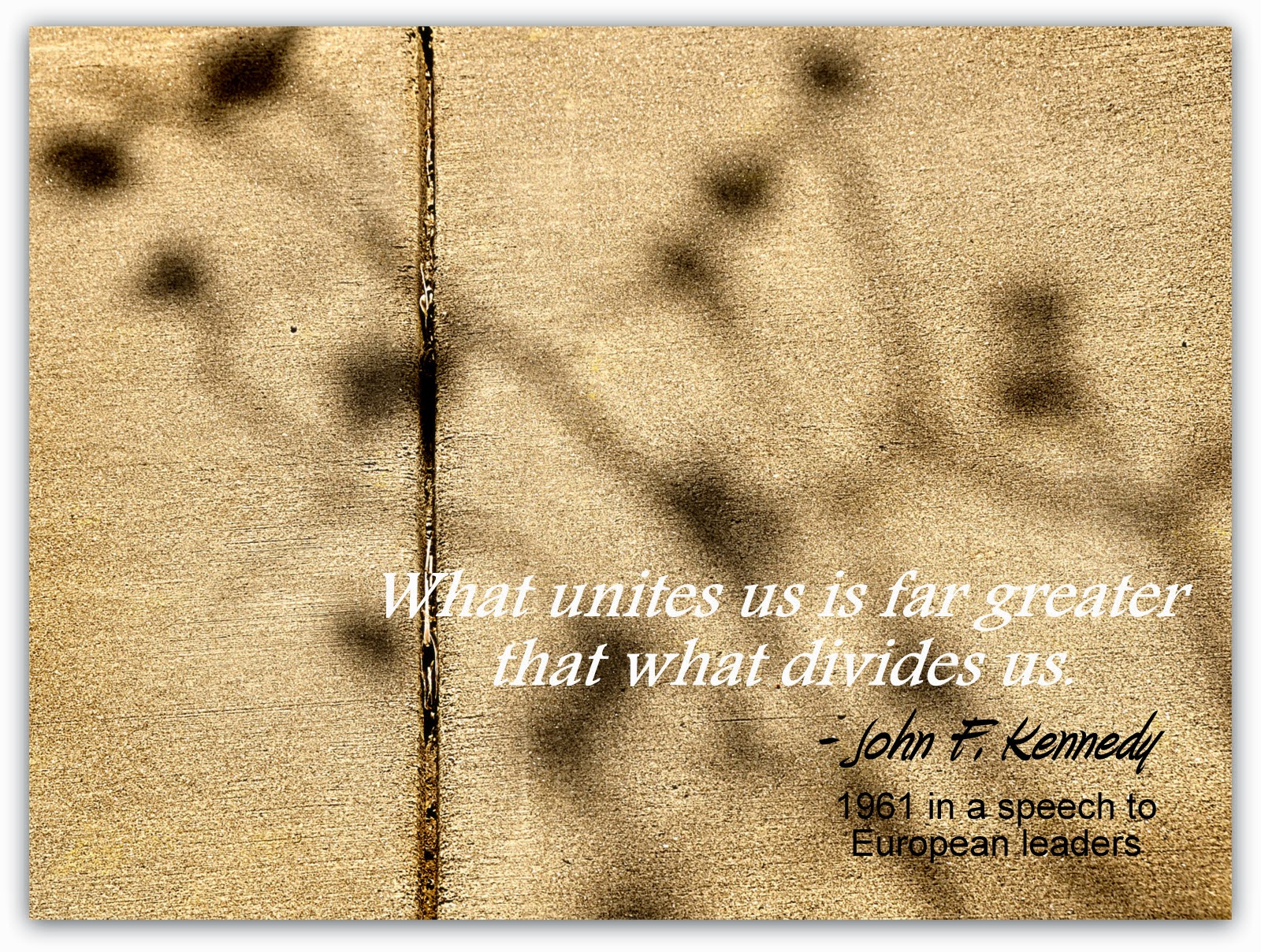 Today is the first anniversary of the tragic bombings during the Boston Marathon.  It is a day of solemn reflection.  I was at the Abbey of Gethsemane in Kentucky when I first heard the news and being in that sacred place had helped me cope with the horror of it. (You can read that post here.)  Now, another photograph is doing its part.

This image was made during my contemplative photography retreat in Kentucky last year.  It has remained tucked away in the file all this time.  Images are like that; they can lay dormant for months, even years, until their time is right.

Looking at it again reminded me of the photographs I've seen of the shadows of people burned into the sidewalks of Hiroshima after that horrific bombing.  I had been able to visit the Nagasaki bombing site with my host family in 2007.  It  is a moment that still brings tears to my eyes.  My host's father had fought in the Japanese army during the war.  My father served in the US army beginning with the invasion at Normandy.  Here we were, all those years later, standing side by side at ground zero.

Nearly all his family had been killed by the bomb that day.  I remember asking him if he felt any hatred for what the Americans had done.  He smiled and shook his head no, it was a time of war he said.  He felt no animosity.  There was a need, he reflected, for forgiveness on both sides. I thought it nothing short of a miracle that had brought the children of former enemies together at this place and we stood in silence for some time, each wrapped in our own remembrances.

This simple photograph of shadows on the sidewalk, one I hadn't given much thought to at the time, had finally found it's place.  In a world that is growing all the more fractured by ideology, religion, race and economic inequality, the simple words of JFK resonate even more sharply now.

Our wounds are still fresh and the pain of that April day in Boston is still acute.  It will take much more time to heal and forgiveness seems an absurd notion.  But I can't help thinking of the famous Gandhi quote so I will end with it.  When does the cycle end?


An eye for an eye only ends up
making the whole world blind. 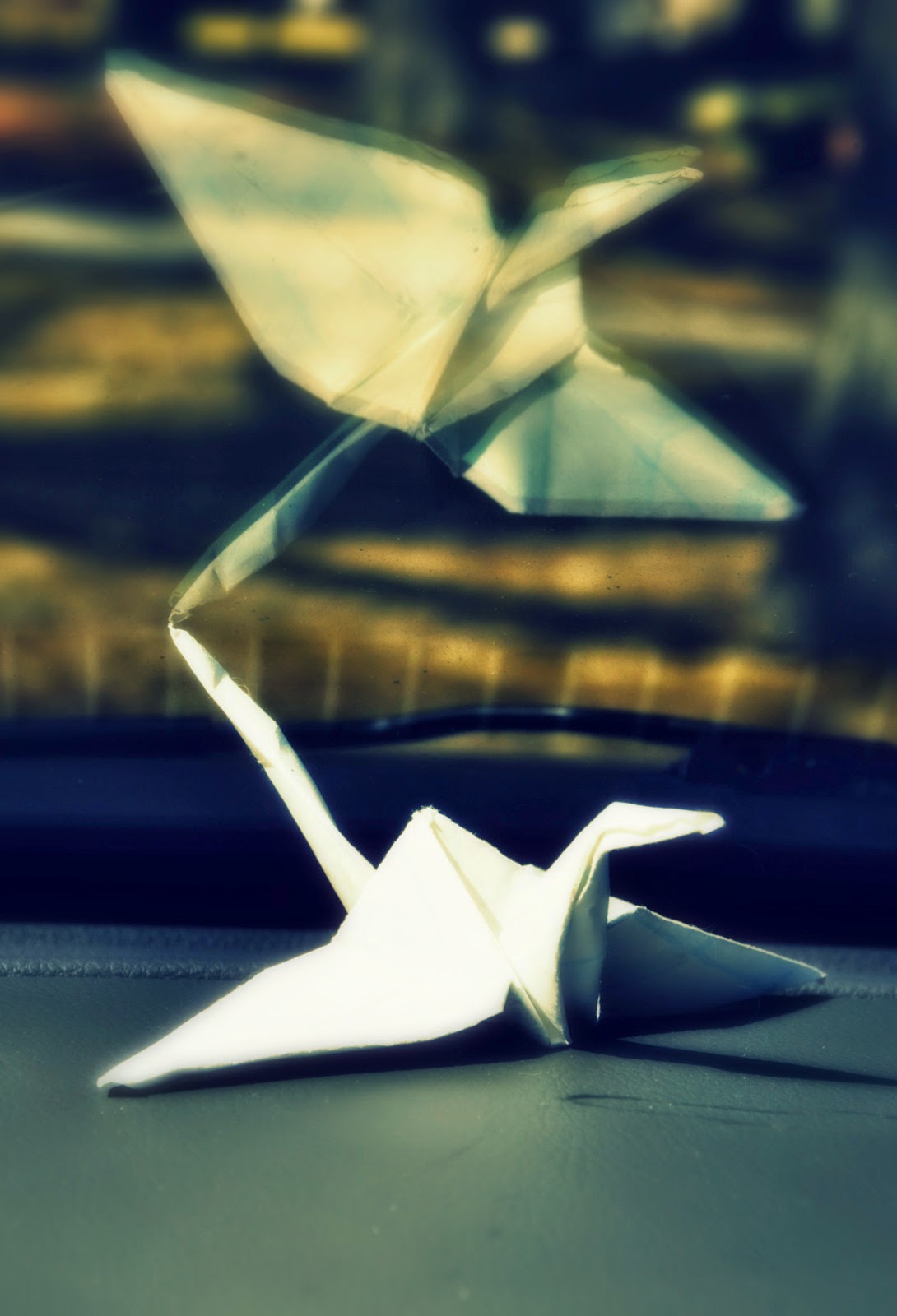 Also at the site of the Nagasaki Memorial Museum is a peace pavilion featuring the thousands of paper cranes people have sent from all over the world.  The cranes have become a symbol of peace.  (Read the story of Sadako which has inspired the world.)

When I retired, one of my students gave me a crane to take with me.  I put it on my dashboard as I left school for the last time and there it has set for the past four years.  Its patterned paper has long ago faded and the folds are no longer as crisp as they once were but it rides with me everyday and I have no intention of ever removing the little guy.  It is a cherished contemplative souvenir.

Should you wish to make your own paper crane, here is a link.

How to fold a paper crane.

Email ThisBlogThis!Share to TwitterShare to FacebookShare to Pinterest
Labels: a Personal Reflection

Thank you for sharing that image. I remember that time well!

I love the fact that it sat quietly and patiently in my computer waiting for its time to come!