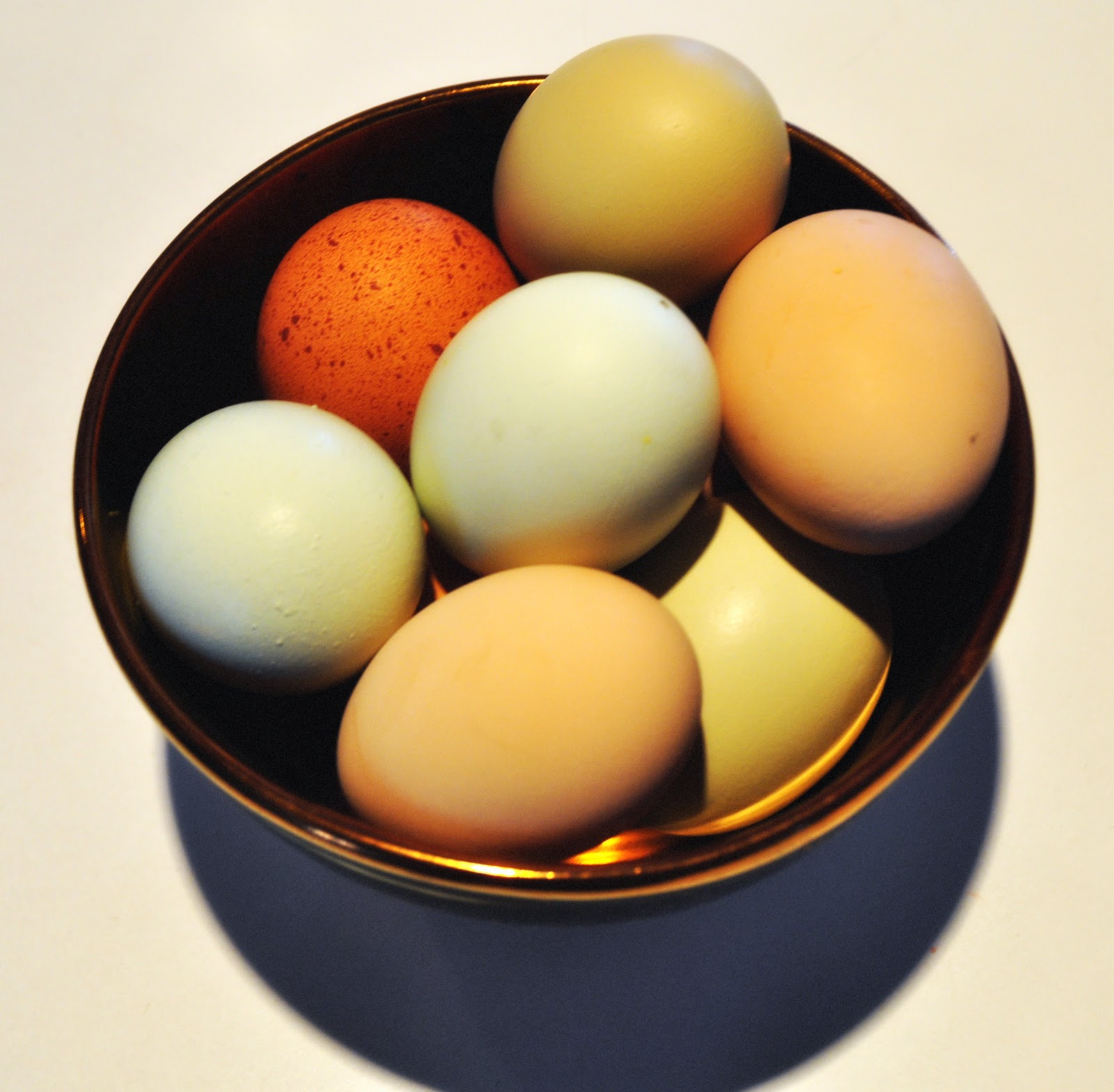 Easter is late this year.  It's a good thing too or we would have been hunting for eggs in the snow!  These are natural Easter eggs, laid by the Araucana breed of hen, they come in natural pastel shades of blue, green, pink and orange.  With these hens, it's Easter every day!

Easter is, of course, the highlight of the Christian liturgical calendar but the festival of Eostre, which gives Easter it's name, is ancient.  The Anglo-Saxon goddess of Spring, Eostre's festival was celebrated around the time of the March equinox.  Hare's are associated with the goddess and they, as well as the egg, are ancient symbols of fertility and re-birth, very appropriate Easter themes.

( Early Christians often melded their festivals with the ancient ones.  One would surmise it was to circumvent the old practices but I also like to think that the early church, at least the more enlightened thinkers, also saw some underlying similarity in concepts.  Dressed in new clothing, many of these concepts, like re-birth, are as old as mankind.  All of the world religions share these universal themes. )

I've always thought of Lent, the 40 days leading up to Easter, as a time of incubation.  A time to retreat into the shadow of deep thought and to let those thoughts rest.  Life is there, just under the surface, but it must born in it's own time...like ideas..like photographs.  The subconscious mind must work its magic and then, when you least expect it, there it is!   For those of you who celebrate it...