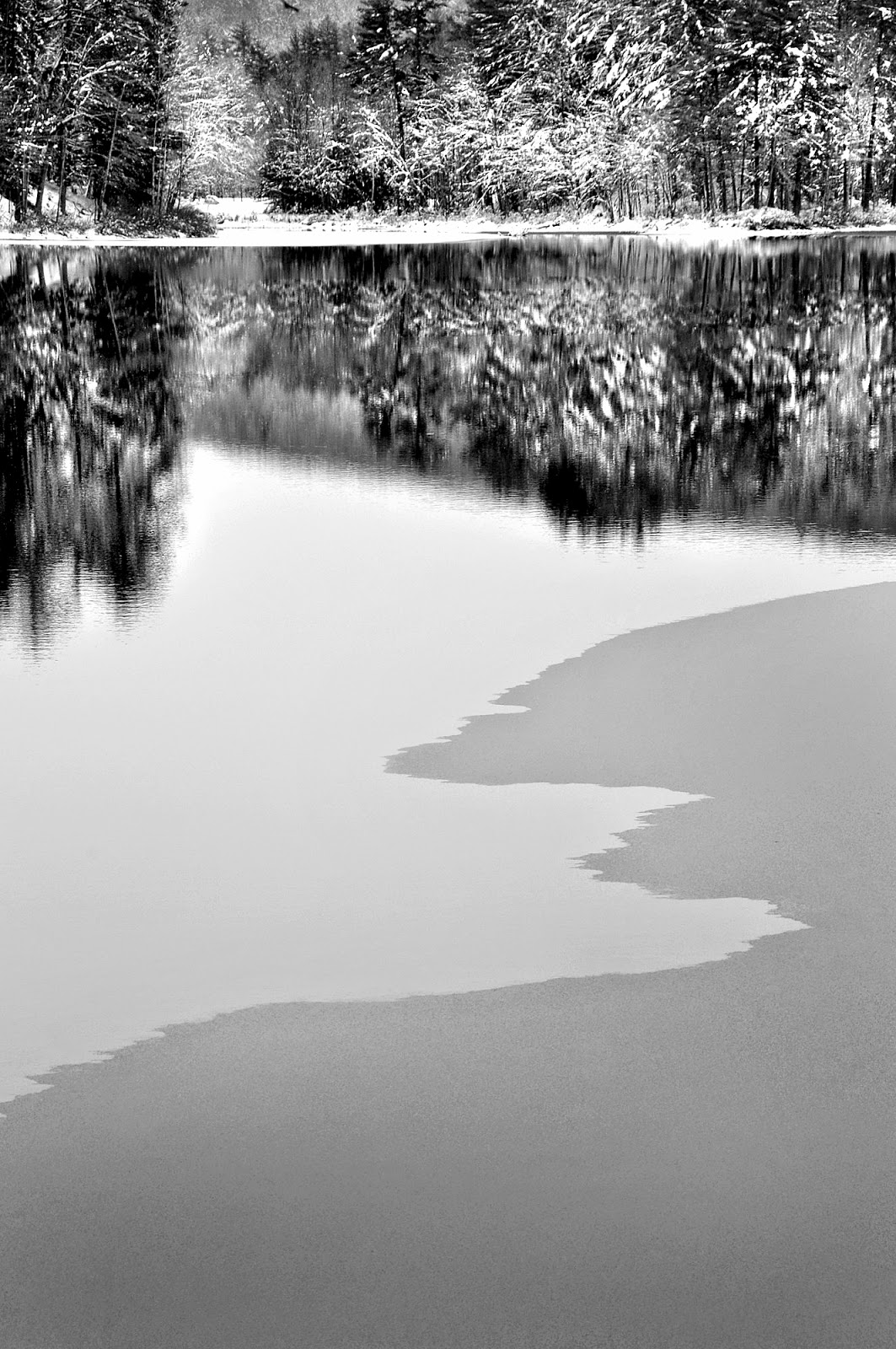 What a difference a day makes!  I went back to the pond and it was a completely different world. A solitary black crow circled in the distance and its cry rang off the hillside.  It wasn't until I got the image home and opened in on the computer that I saw that the crow is there, near the top left side.

The ridge line of the surround hills is suggested in the reflections and I especially like the way it linked up with the dove grey ice that snaked it's way to the foreground of the image creating a pale grey expanse of water between it and the tree reflections.

Yesterday and today's posts really brought home the idea that the pond is landscape of many moods.  Yesterday's pond had an energy and dynamic to it while today it was quietly serene.

Slowly the pond is closing up.  Soon the reflections will be gone.  The nights are getting much colder so it won't be long and then the pond will show me an entirely different side of her character.

Again, beautiful and peaceful...
These black-and-white images are beautiful and reminding me of my love for b&w photography - film especially, I miss it!
Your pond images have captured my soul. Looking forward to the winter...

I too am of the "old school"...black and white film photography. I sometimes wax nostalgic about it but I love the ease of digital now. Thank you for your comments.