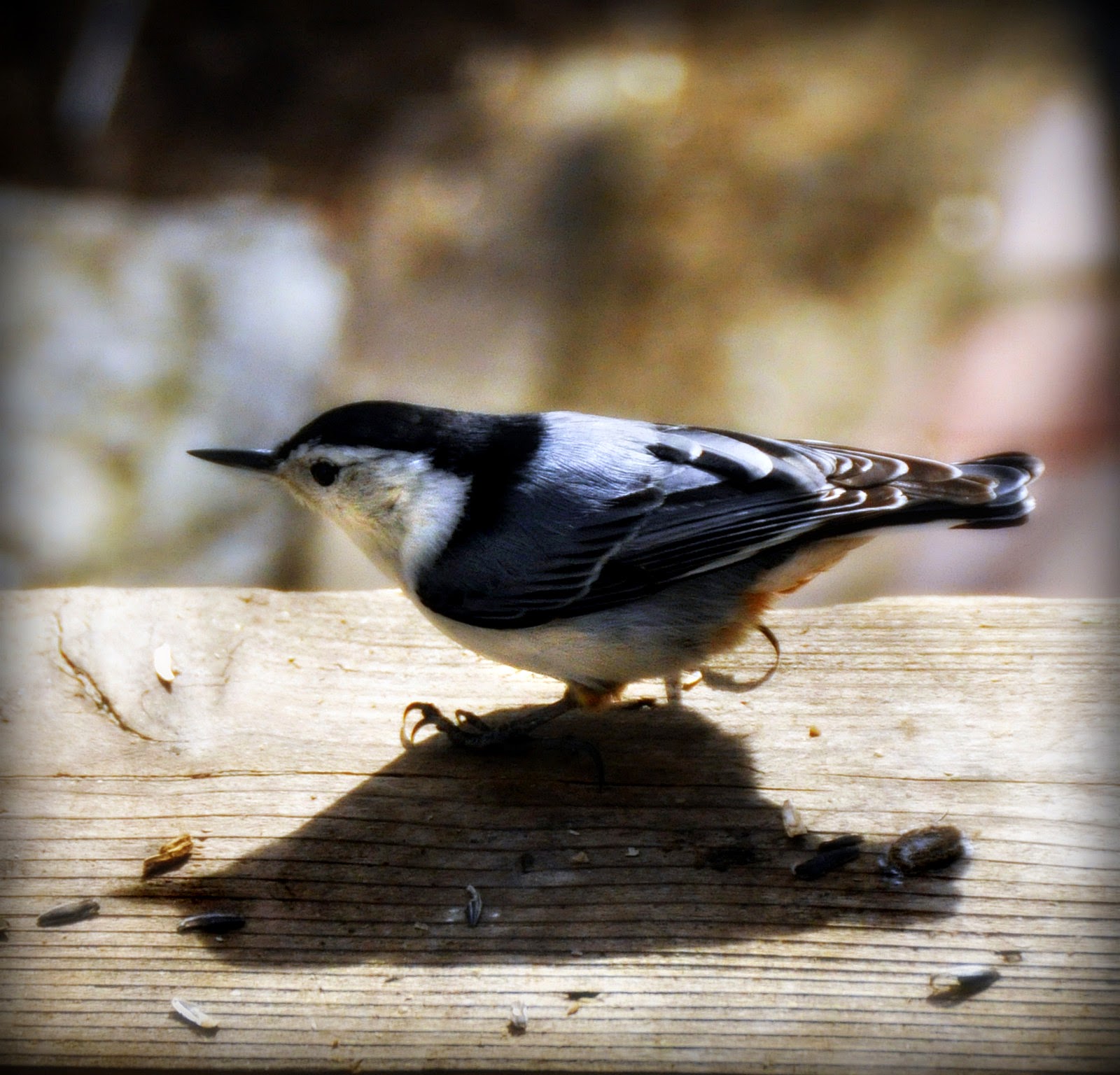 A little nuthatch inspired me to think about shadows.  His little shadow gave me information about his overall shape and size, the length of his tail and the shape of his beak.  But that would hardly give me a complete picture.

It wouldn't tell me of his comical way of hopping head first down a tree or his subtle markings or his sweet song.  He is so much more than his shadow tells us.

We all have our shadow side and it is part of who we are but it isn't all that we are although we often fixate on it.  This all reminded me of one of my favorite childhood memories, watching Mary Martin play Peter Pan on our tiny television screen back in1960.  Remember Peter teaching Wendy to fly?  "Just think happy thoughts!" My girlfriend and I tried to think happy thoughts as we jumped off the chicken house roof...much to my Grandmothers astonishment and dismay.  Didn't work but I think we were missing the fairy dust!

There is a wonderful essay on the symbolism of Peter's shadow here.  It is amazing the hidden messages we can find in children's stories.  Years later I saw a rebroadcast of the original Peter Pan.  By today's standards it was terribly amateurish.  You can even see the strings that allowed Peter to fly.  But I didn't see the strings when I was a child.  I believed in the magic of it.  I clapped and clapped when Tinkerbell was dying at the end because children didn't believe in fairies. I was 11 years old when it was first broadcasted on television but I still believed.  It was a much different time.  We were allowed to stay children much longer back then.  We loose so much when we cease to believe...something magical in our soul withers and dies.

It doesn't matter what that belief is, the important thing is the capacity to believe in the first place. So many people have lost that ability.  I wouldn't wish that for anyone. So, my friends, clap really loud and repeat after me...


Why I Believe in Fairies

Email ThisBlogThis!Share to TwitterShare to FacebookShare to Pinterest
Labels: a Personal Reflection