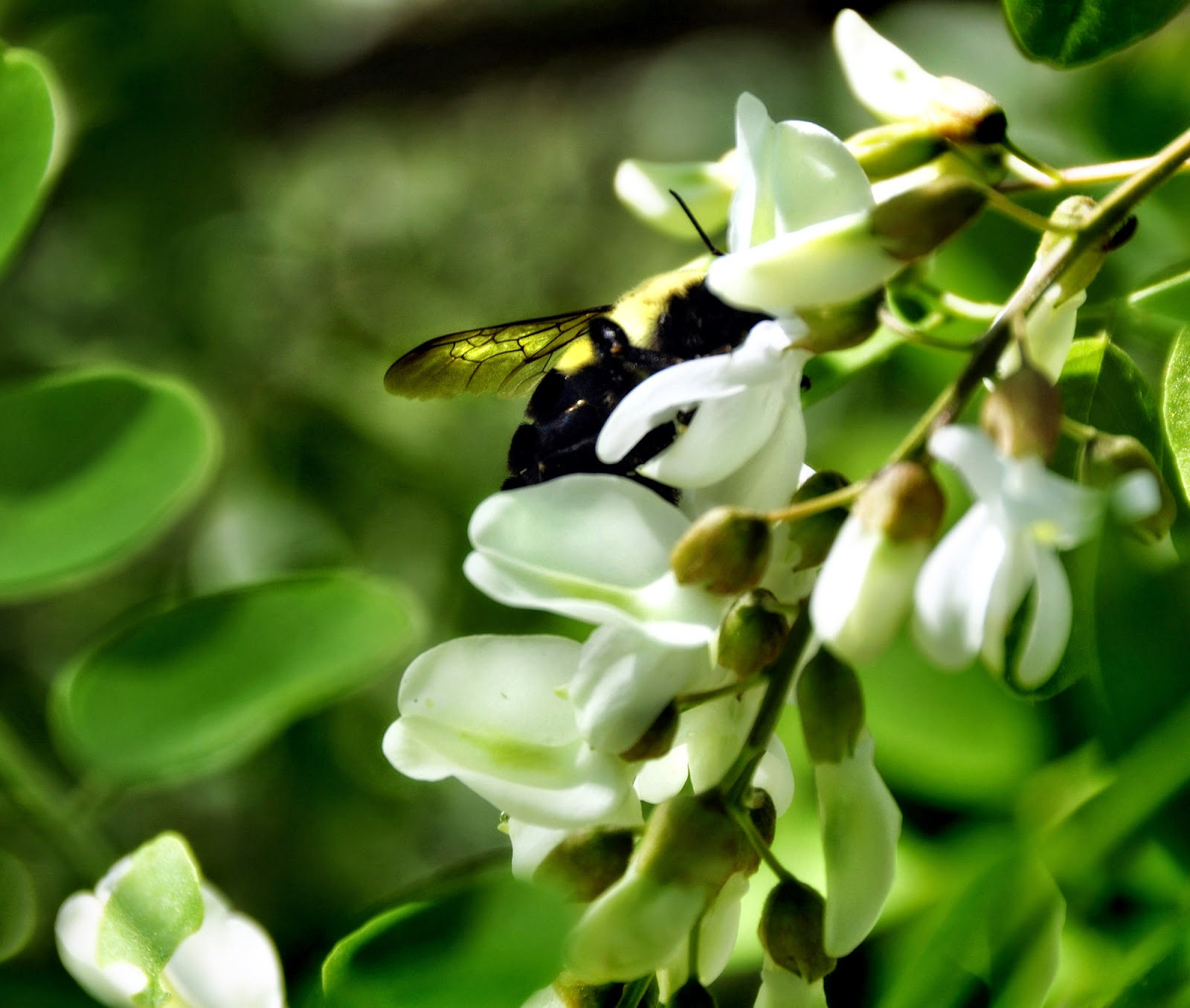 One of the things I always look forward to in June is the flowering of the Black Locust trees in my yard.  They produce wonderfully sweet smelling tendrils of white blossoms that the bees just love.

I have an upper deck off my bedroom that allows me to stand in the midst of the trees and I spent some time there hoping to photograph a bee visiting the blossoms.  Standing there, I could hear the buzzing of the bees...the tree seemed alive with them...but they were difficult to actually see.  I had to wait patiently.

I made a dozen or more images but none were quite right.  If the bee was flying I couldn't see the wings, he looked like a small black lump.  When he was" doing his thing", the wings were tucked in close to the body and, again, the black lump but patience rewarded me eventually with this partial view.  It was a perfect synchronicity of placement and light.  Had he landed on another blossom the sunlight may have burned out the wing's detail as well as the white flower.  Or if he had landed in a shadowed area, the shimmering iridescence of the wing would not have been there.  Had I been slower with my camera, the wing would have folded into the body but it was the perfect moment to release the shutter.  So much of photography is dependent on a bit of luck I've always thought.

The light on his wing was so lovely and that little antennae, such a nice detail.  The extremely shallow depth of field rendered the background in a soft painterly way...all green and white except that tiny touch of yellow.  It may sound strange, but I think this is one of my favorite images, ever!  I doubt I would have liked it as much if it had revealed the whole bee.  There is something very appealing about a subject partially hidden...an element of mystery to a partial view.  The Impressionist painters of the late 19th century understood this and now I think I understand it too.

You can read the third installment of my Threshold Pilgrimage on A Sacred Journey here...