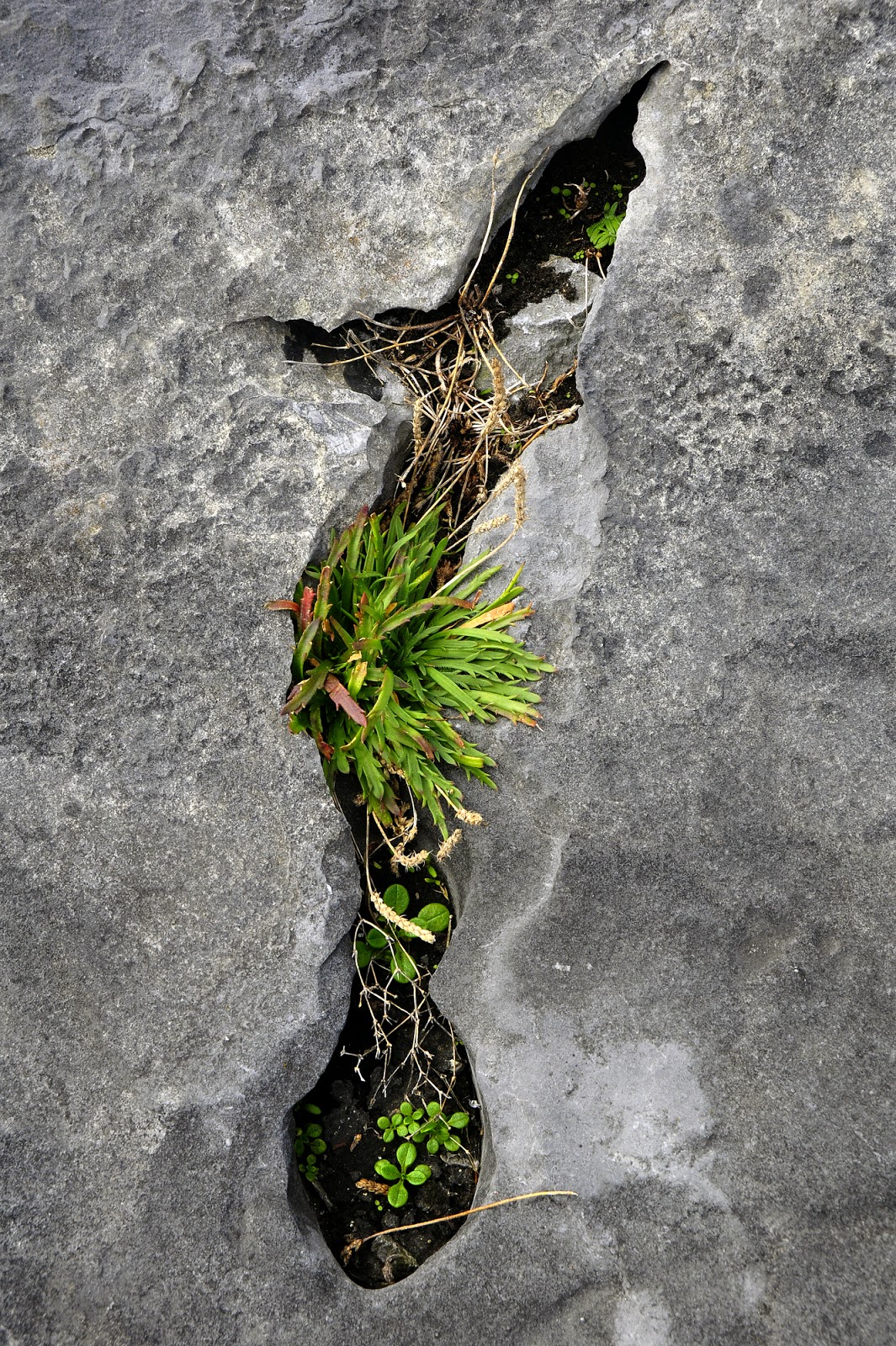 On my first trip to the Burren region of County Clare in Ireland in 2007 I was in a very different place, photographically speaking, than I am now.  It was the landscape itself, specifically the limestone pavings of this place, that set me on a completely new way of relating to the world.

I spent a day walking over the limestone and getting down on my stomach to explore the spaces in between.  I became fascinated by these little environments where life, seemingly miraculously in some cases, sprung up and thrived.

I knew I had to record them in color and it was the first time I worked seriously on an image in this way.  It came about because I decided to pay attention to the small view rather than the large view, the later of which this region in famous for.

Paying attention takes time.  A lot of time.   You can't be in a hurry and you can't worry about "wasting" your precious time in a place.  That is so easy to do when you are on holiday and have a limited amount of time to spend in a given area.  I suppose that's why returning, as I did to the Burren in 2009 and 2014, is so valuable.  You've done the "big" things and can now spend more time with the "little" things.

So, it makes it all the more important to me that on that first trip, when there was so much to see and explore, that I took the day, the whole day, to look down instead of out.  With hindsight I can say that it has made all the difference...

I love the shape of this gap. It is surprising what you can find when you take the time - but there's another element to that - looking. So many times I take the time but I don't always see...
For your info, I have signing as Color Poems but started a new blog, a Contemplative Gardener. Just want you to know so you know it's me :)

Oh, I look forward to exploring your new blog! I love gardening, it is such a perfect tie in for the contemplative photographer! Thank you for your comment. And you are right. Looking is one thing...seeing is another!